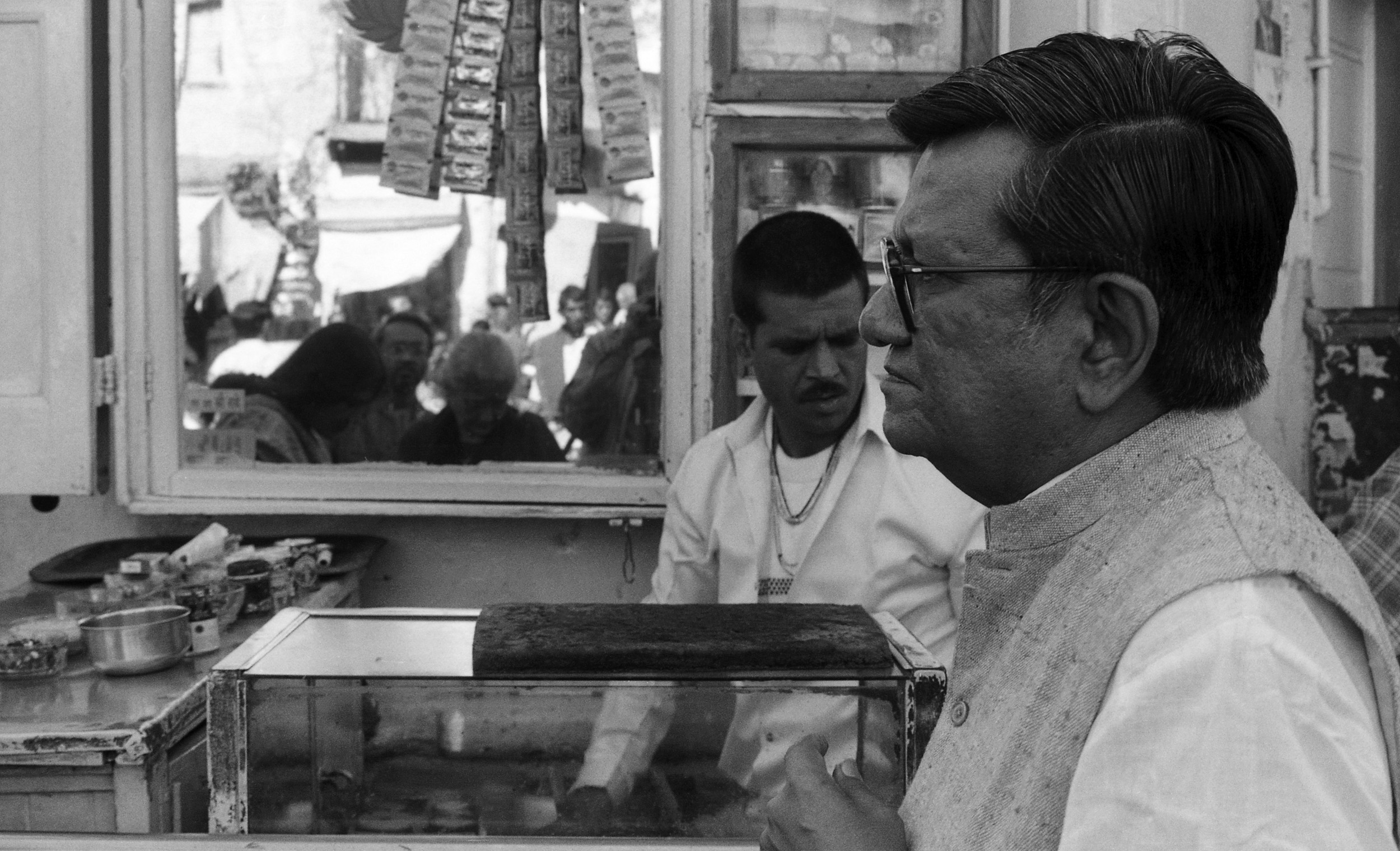 Amit Ambalal was born in 1943 in Ahmedabad and was qualified in Arts, Commerce and Law. He was a businessman until the age of 36 but his childhood dream was to become a painter. So in 1977, he liquidated the family owned textile mill to pursue his passion and was guided by renowned artist Chhaganlal Jadhav.

His works are a connecting dot between his childhood, Indian mythology, his encounters of life as businessman, living in a community and the only male heir to the business. This makes it a mix of the mundane sprinkled with a dash of the fantasy. This can be seen in his portrayal of the monkey and its various interior as well as exterior expressions. Apart from watercolours and oil, he has worked with different mediums like papier-mâché, synthetic clay, fibre glass and bronze.

Ambalal has had several shows of his works around India, and exhibited in several group exhibitions abroad. Even after a track record of over 40 solo and group shows, he still considers himself to be a student. His interests lies especially in the Nathdwara School of painting and has written a book on the subject, ‘Krishna as Shrinathji – Rajasthani Paintings from Nathdwara’. He also had an exhibition of Nathdwara paintings from his collection in New Delhi in 1989.

A documentary on Ambalal, Chitrakar Amit Ambalal, was released by Doordarshan in Ahmedabad in 1991. He lives and works in Ahmedabad.