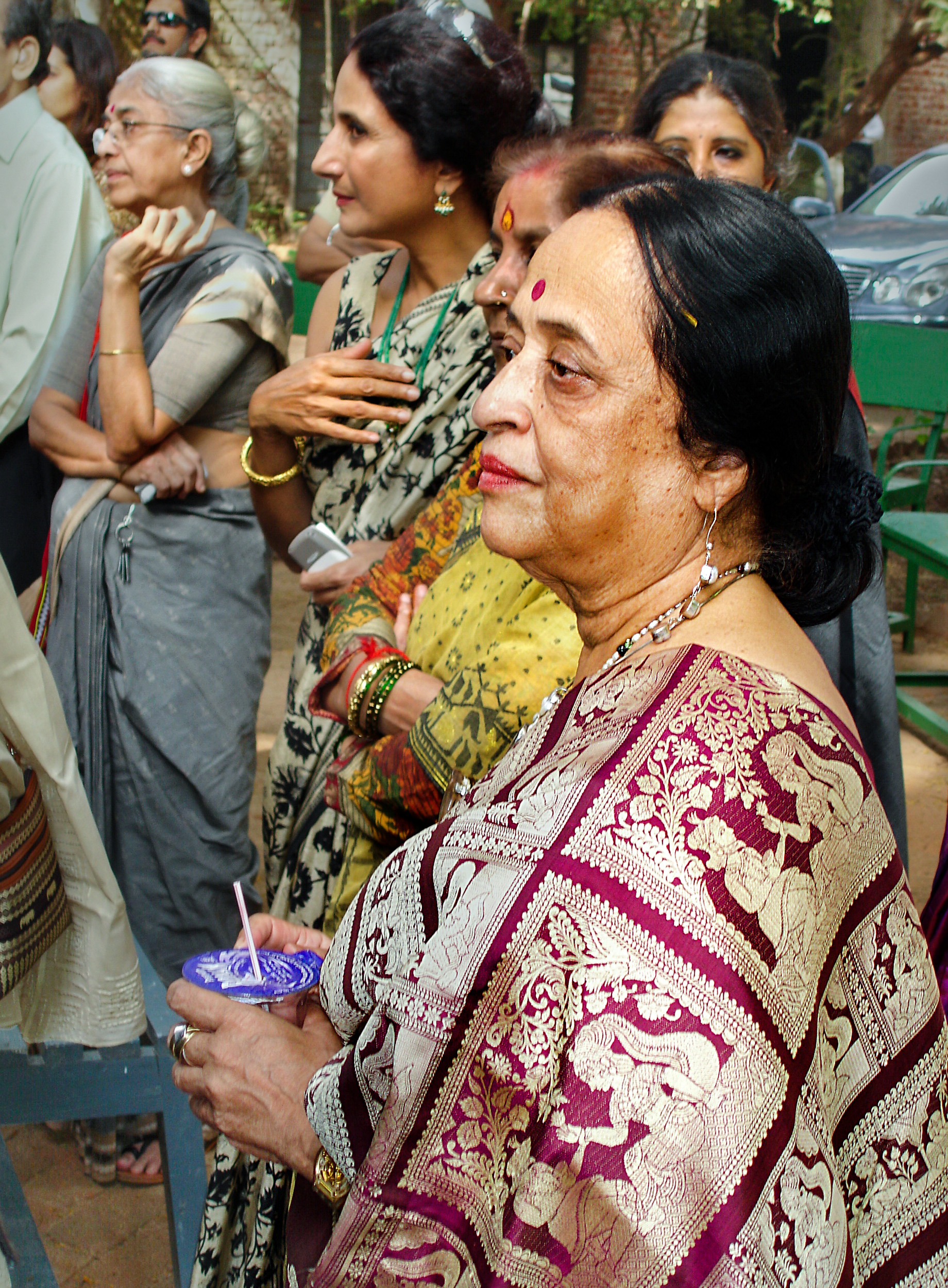 Anjolie Ela Menon was born in Burnpur, West Bengal in 1940. She studied Literature at New Delhi before studying at the J. J. School of Art, Mumbai which she left midway to study in Europe. She studied on a scholarship at Atelier Fresque, École nationale supérieure des Beaux-Arts, Paris from 1959-61.

The female nude has been a frequent subject as also the thematic iconography of distance and loss that she developed through her images of crows, empty chairs and semi hidden figures. Her works are deeply sentimental, moving, feminine and instantly attractive. She has an entire series of works painted on wooden doors, trunks and window panels that she explored and sourced.

She has participated in a number of exhibitions such as, ‘Kalpana: Figurative Art in India’, presented by the Indian Council for Cultural Relations at Aicon Gallery, London, in 2009; ‘Mapping Memories – 2, Painted Travelogues of Bali and Burma’ at Gallery Threshold, New Delhi, in 2008; and ‘Kitsch Hota Hai’ at India Habitat Centre, New Delhi, in 2001. In 2000, she received the Padma Shri. Menon lives and works in New Delhi.