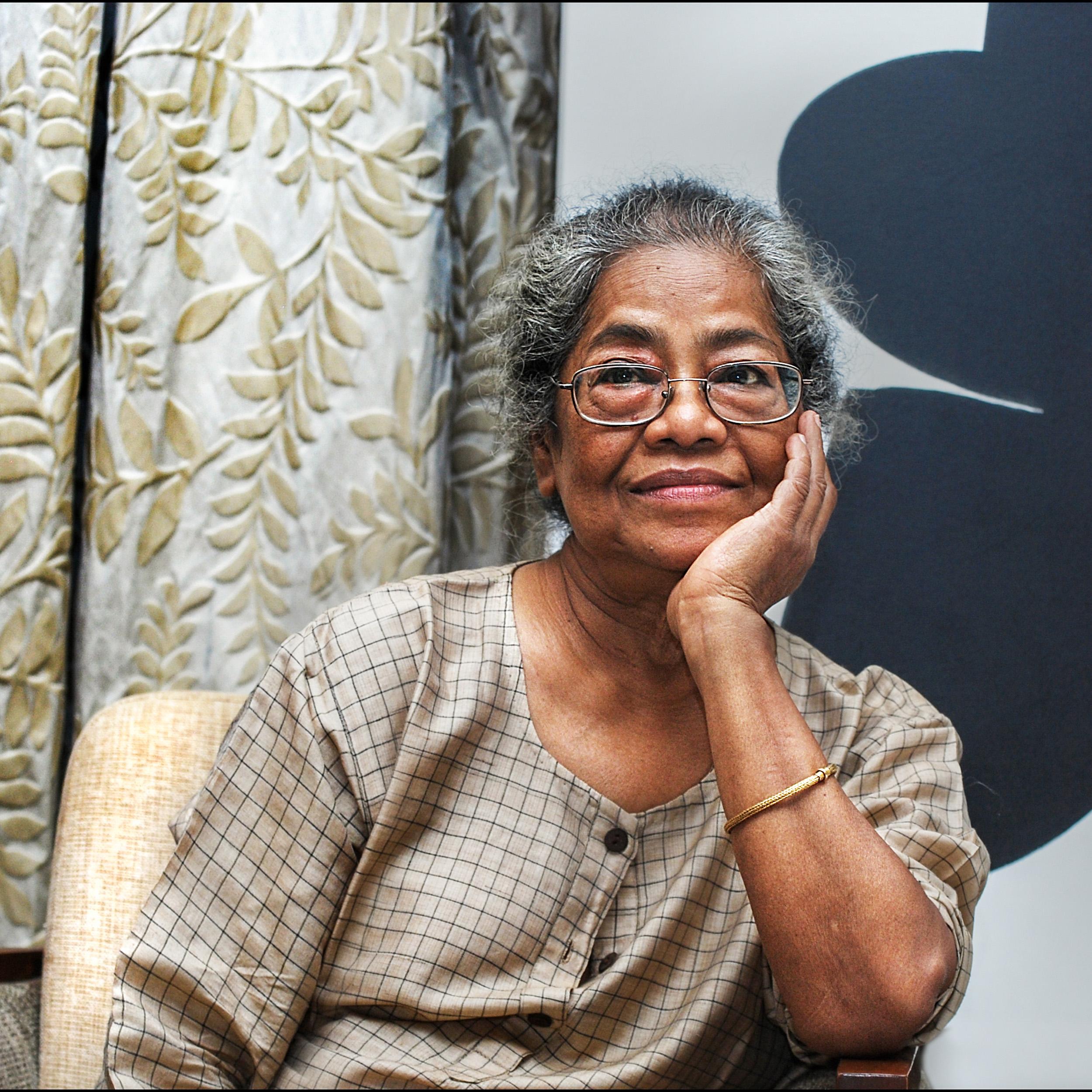 Arpita Singh was born in 1937 in what is now Bangladesh. She attended the School of Art at Delhi Polytechnic in New Delhi from 1954 to 1959. She worked at the Weavers’ Service Centre, Ministry of Textiles, Government of India in New Delhi and experienced the textiles industry closely. Later she took on a job with the Cottage Industries Restoration Program, Government of India. While she worked in the program, she met traditional artists and weavers of India. Her stint as a textile designer and closeness to weaving is reflected strongly in her work.

Each of Singh’s drawings, watercolours on paper, and oils on canvas have a story to tell. Afflicted by the daily problems that are faced by women in her country and the world in general, Singh paints the range of emotions that she exchanges with these subjects – from sorrow to joy and from suffering to hope – providing a view of the ongoing communication she maintains with them.

She has won various awards such as the All India Drawing Exhibition at Chandigarh. Award at the Algeria Biennial. In 1991, the Sahitya Kala Parishad, New Delhi, honored Arpita Singh with ‘Parishad Samman’. She also won the Padma Bhushan in 2011. She is married to fellow artist Paramjit Singh and lives in New Delhi.