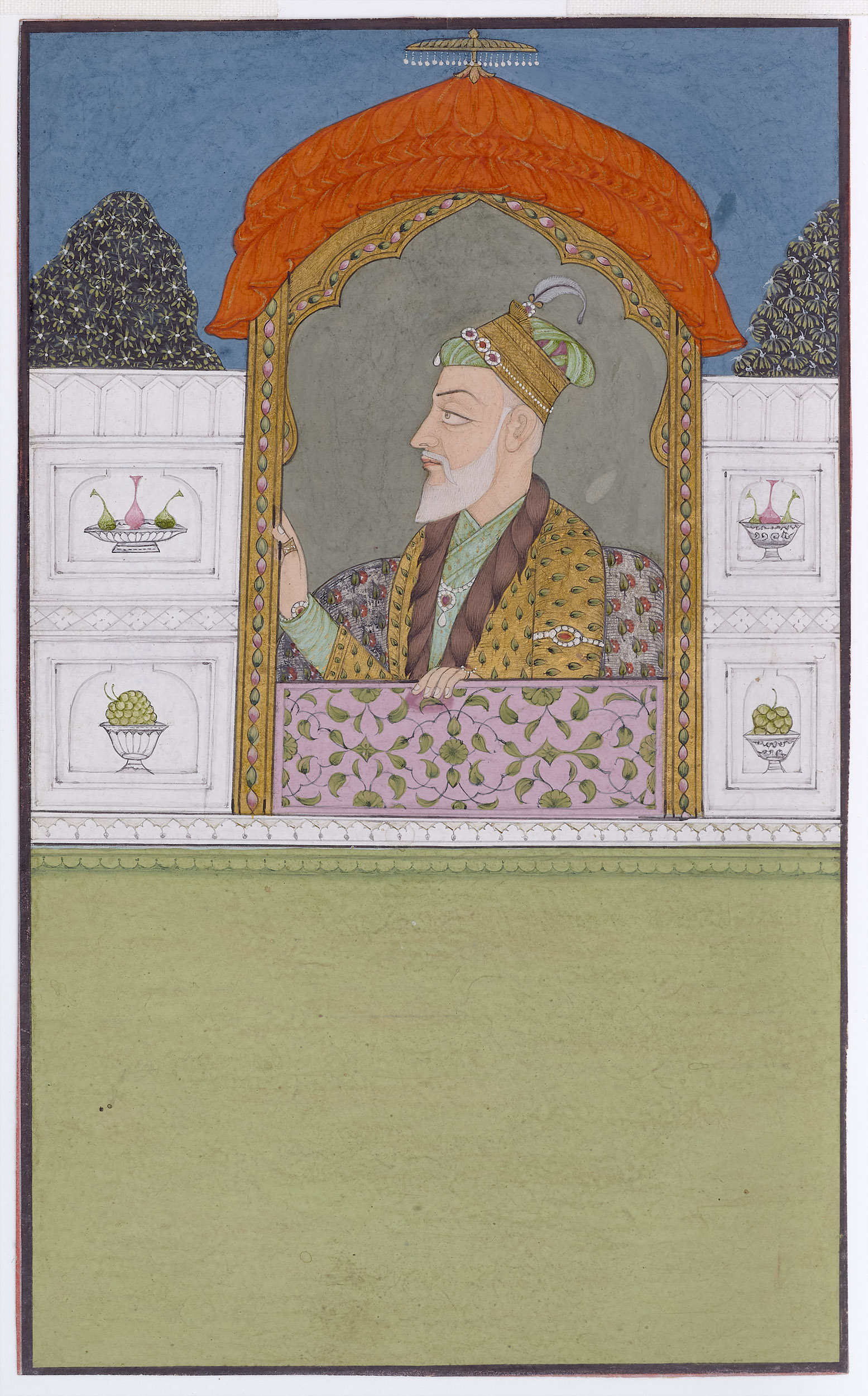 The elderly ruler here, seated at a jharokha, wearing a Mughal style jama and gold fur trimmed coat is immediately recognizable as the Mughal emperor Aurangzeb. Posthumous pictures of him in old age were very popular in the 18th century and a number of examples from many different centers of painting have survived. Our portrait was painted for Raja Umed Singh of Chamba, who spent over a decade confined to Lahore by the Mughal Governor, before being named the rightful heir to the Chamba throne. Our artist must have been familiar with portraits of Aurangzeb such as the ones found in the British Museum (1920.0917.0.12.40) and the San Diego Museum of Art (1990.366), which both use a similar format. It should be noted that the rendering of the architecture in our picture is only vaguely reminiscent of period Mughal architecture; a reminder of how far removed from Delhi our artist was.

It is helpful to compare our picture to a picture of a Raja seated at a window in the Museum Rietberg (Acc. No. RVI 1266)1 which Goswamy and Fischer attribute to Mahesh, a contemporary of Laharu at Chamba, who was more likely a silversmith2. Both pictures depict a ruler at a jharokha and include large sections of unmodulated color. Our picture is more highly finished, with the inclusion of bowls of colored glass wine vessels and fruit in the marble niches, an embroidered textile, trees, and liberal use of gold and silver.