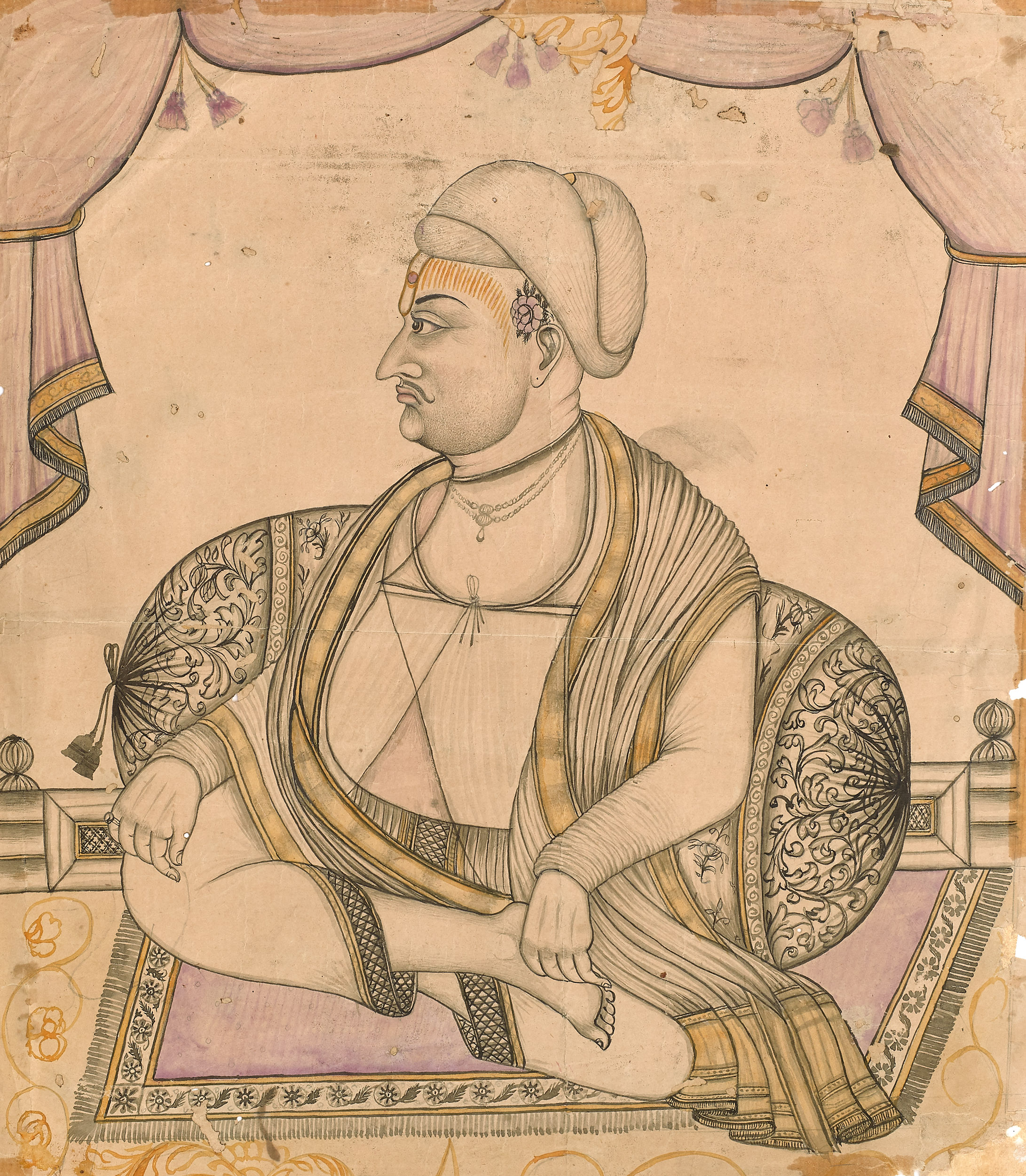 This exquisite drawing depicts the highly revered Acharya of the Ahmedabad seat of the Swaminarayan sect, Ayodhyaprasadji Maharaj. His father, Rampratapji was the elder brother of Shri Sahejanand Swami, founder of Swaminarayan sect.

Ayodhyapradji is shown seated, legs crossed, as he leans against a beautifully embroidered bolster. The flower that rests behind his ear softens his strong angular profile. The fine muslin of his jama parts for his protruding stomach, mirroring the brocade curtains tied open above. This format follows the standard iconography that was established for portraits of Swaminarayan in the 19th century.

Our portrait compares well to others in the Swaminarayan Museum, Ahmedabad that are signed by the Jamnagar artist Kadia Rupa Kachra1.

Kadia Rupa Kachra was born in Jamnagar and worked during the reign of Jam Vibha (1852-95 AD). He trained under the guidance of his father, Kachra Madan, and brother, Madha Kachra, who were skilled carpenters. All early portraits of Shri Sahejanand Swami were painted in profile, Rupa Kachra was the first artist to create a perspective front view portrait, which looked almost three-dimensional. He painted many important life events of Shriji Maharaj and was popularly known as ‘Adarsh Chitara’. He dedicated almost 40 years of his life and career to the sect.