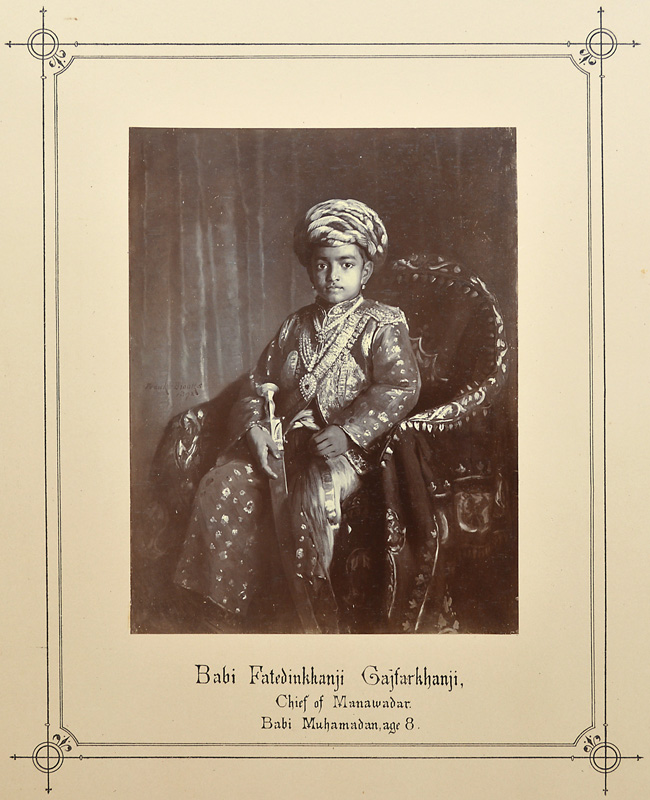 This portrait is from the album published on opening of the Memorial Institute in Rajkot, which was an illustrious project as it housed a durbar hall, library and museum within its premises. The album contains the portraits of all the princes and chiefs of Kathiawar along with photographs of the facilities. The album is more like the pictorial minutes of a meeting recorded for official purposes.

Many British artists started doing special portrait trips to India in order to sell their work back home. The British painter Frank Brooks (1854-1937) was also one of them. He was later commissioned by the Company to make portraits of the native rulers in the impressionist style of the west. The portraits in this album, compiled by Miss Booth, are photographs of the paintings made by Frank Brooks. Thus the photographs in the album are not the usual portraits clicked with the person as a subject, but are photographs of the painting of the person.