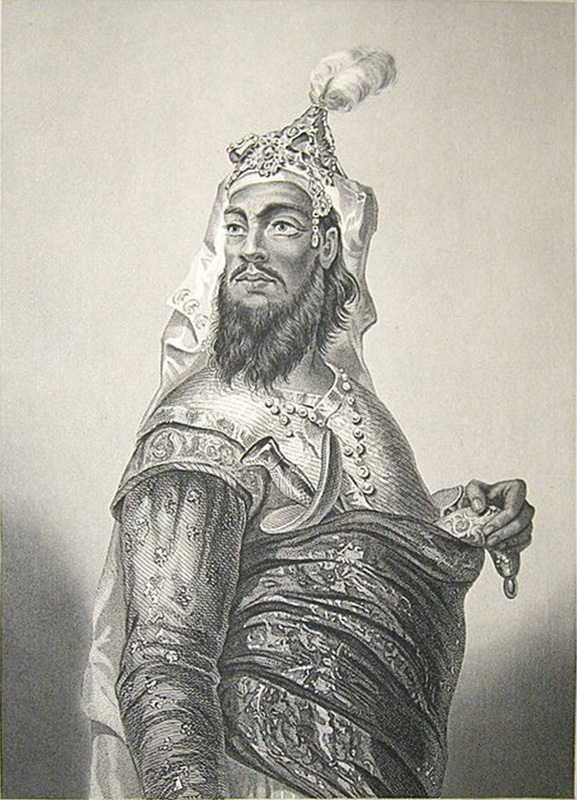 One of the leaders of the Indian Rebellion of 1857. Belonged to a royal Ujjaini house of Jagdispur, currently a part of Bihar. At the age of 80 years, during India’s First war of Independence (1857), he actively led a select band of armed soldiers against the troops under the command of the British East India Company. He was the chief organizer of the fight against the British in Bihar.

Steel engraving by Anonymous, published in history of the Indian Mutiny, The Indian empire, 1858