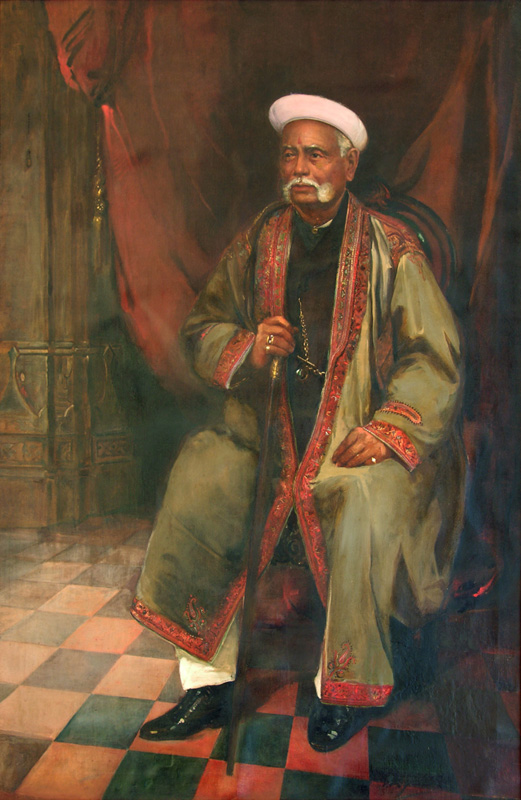 Babu Puranchandra Pannalal Johri was born in Kashi in 1829 and later settled in Patan (Gujarat). Trained under a renowned jeweler of Calcutta, he started handling the business successfully after his father’s death in 1850. Till 1865, his business spread in the North-eastern part of the country bringing him success. Later in 1866 he shifted to Bombay and established himself as a renowned jeweler within a short span. His clients were leading Indian royal families and famous personalities from Britain, Australia, Germany, etc. He was frequently admired through letters from such personalities. He also acted as the president of Jain Association of India and was awarded the title ‘J. P.’

Antonio Xavier Trindade also known as ‘Rembrandt of the East’ was born in Goa. His paintings exemplify the exceptional draftsmanship and handling of paint as well as the skillfully executed composition that earned him a place of honor in the history of the early 20th – century Indian art. His artistic style reflects the European preference disseminated through the British instructors at the Sir J. J. School of Art and his own Western orientation as a Goan Catholic . In this portrait you can see that along with the use of technique, Trindade imbued his patron with a sense of royal personality, naturalism, ethnic identity, and an era.