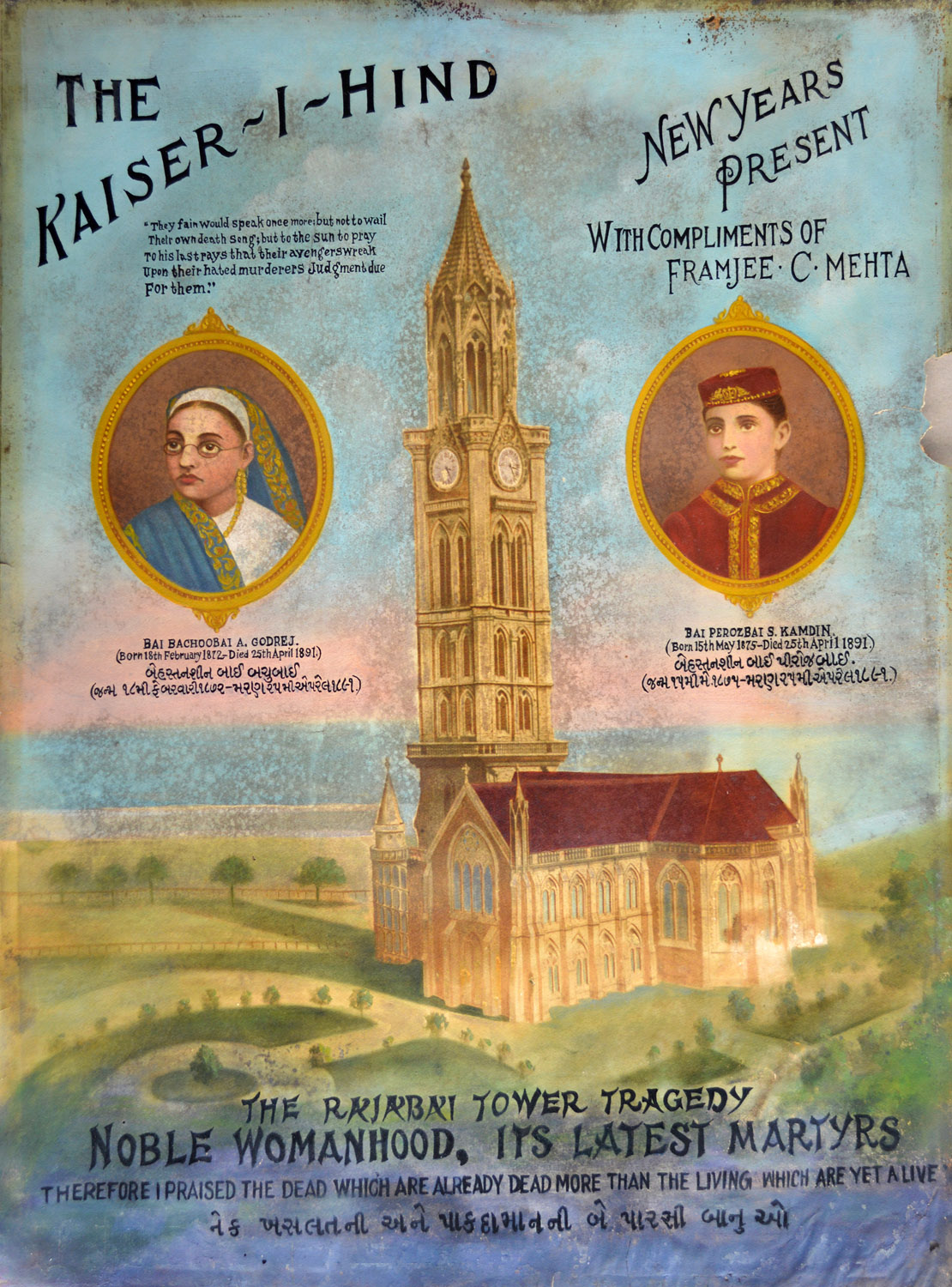 Bachoobai A. Godrej was the wife of Ardeshir Burjorji Sorabji Godrej (1868-1936). Ardeshir belonged to a wealthy Parsi- Zoroastrian family of Bombay and was also the founder of Godrej Brothers Co.; he married Bachoobai in 1890, as soon as she turned eighteen. Pirojbai Sorabji Kamdin was Ardeshir’s second cousin.

On 25 April 1891, Bachoobai and Pirojbai decided to climb to the viewing platform of the 85-meter high Rajabai Tower, where one or two miscreants accosted them. According to legend, instead of giving into their demands, the two good-looking women jumped and lost their lives. Ardeshir rarely spoke of his loss, nor did he ever remarry. Ardeshir and Bachoobai had no children.

This painting was specially commissioned with portraits of both the ladies, also illustrating the Rajabai tower. It was published as a tribute in the then popular publication – Kaiser-I-Hind, founded by Framjee Cowasji Mehta. It covered the controversies around Rajabai Tower Tragedy.