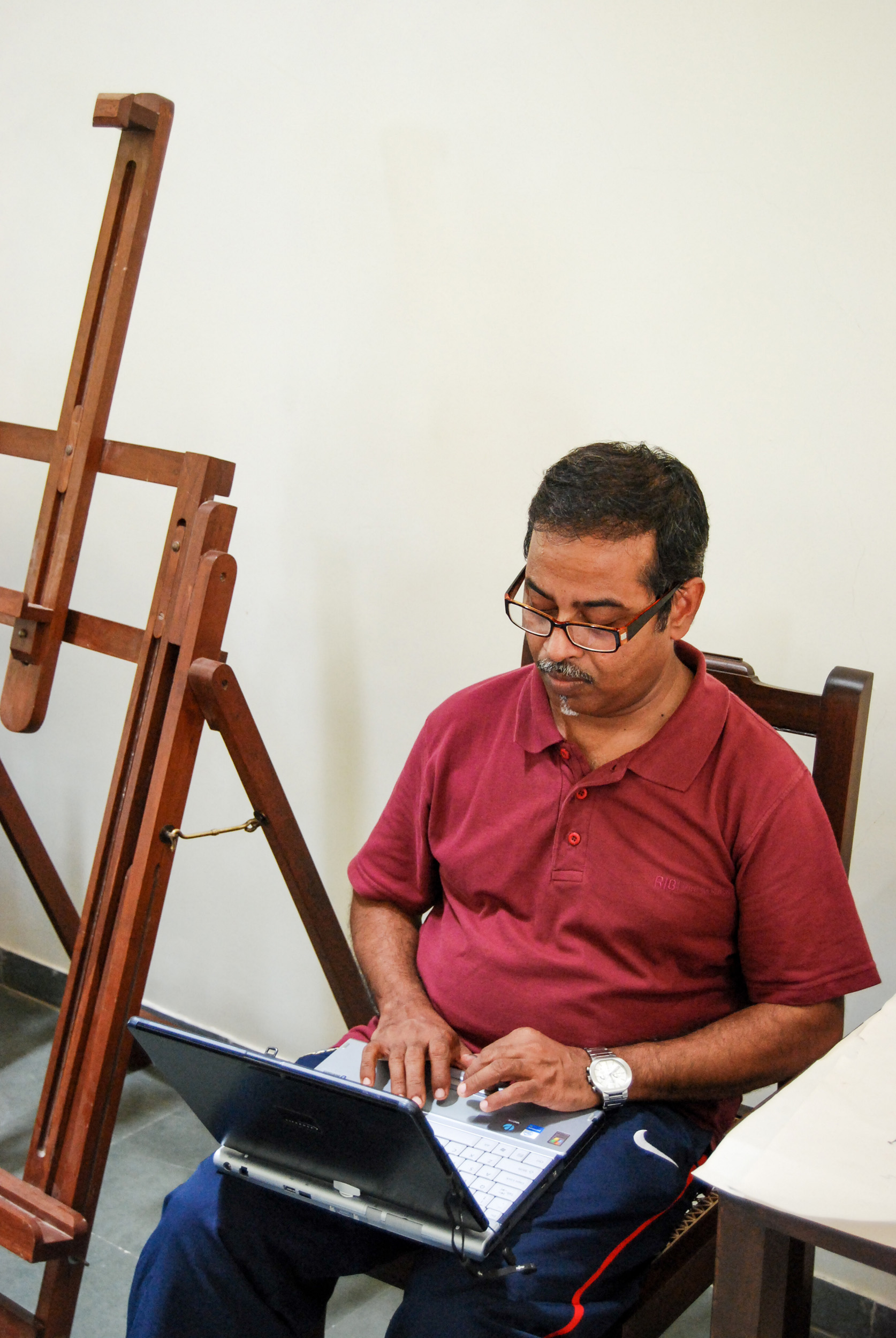 Baiju Parthan was born in 1956 in Kerala and studied B.Sc in botany and was to do an engineering degree before escaping the sciences as well as his native Kerala. He then got his BFA in Painting at the Goa College of Art. He also has a Postgraduate Diploma in Comparative Mythology and Masters in Philosophy from the University of Mumbai.

At Goa he was exposed to the German, Brit and Italian hippies who exposed him to a whole range of alternate world views. He also began to study the Indian mystical arts, exploring tantra, ritual arts, and Indian mythology.

Parthan’s lifelong passion for cosmography, Buddhist mandalas, Jungian psychoanalysis and shamanism originated during this time and he then migrated to Mumbai to join The Times of India as an editorial artist. He quit painting during this time and pursued his interests in writing. However the imagery of mandalas and Tibetan thangkas made him redevelop his interest in painting. In order to overcome any fear of technology he also studied computers, learning hardware engineering, building his own machine, and creating programs.

He worked with traditional media like painting on canvas and shifted to sourcing materials from newspapers, television, internet along with ancient cosmological diagrams, scientific charts and satellite maps as well as new media which range from interactive programming based art large scale lenticular prints on metallic surfaces.

Parthan has exhibited widely in India and abroad. He lives and works in Mumbai.