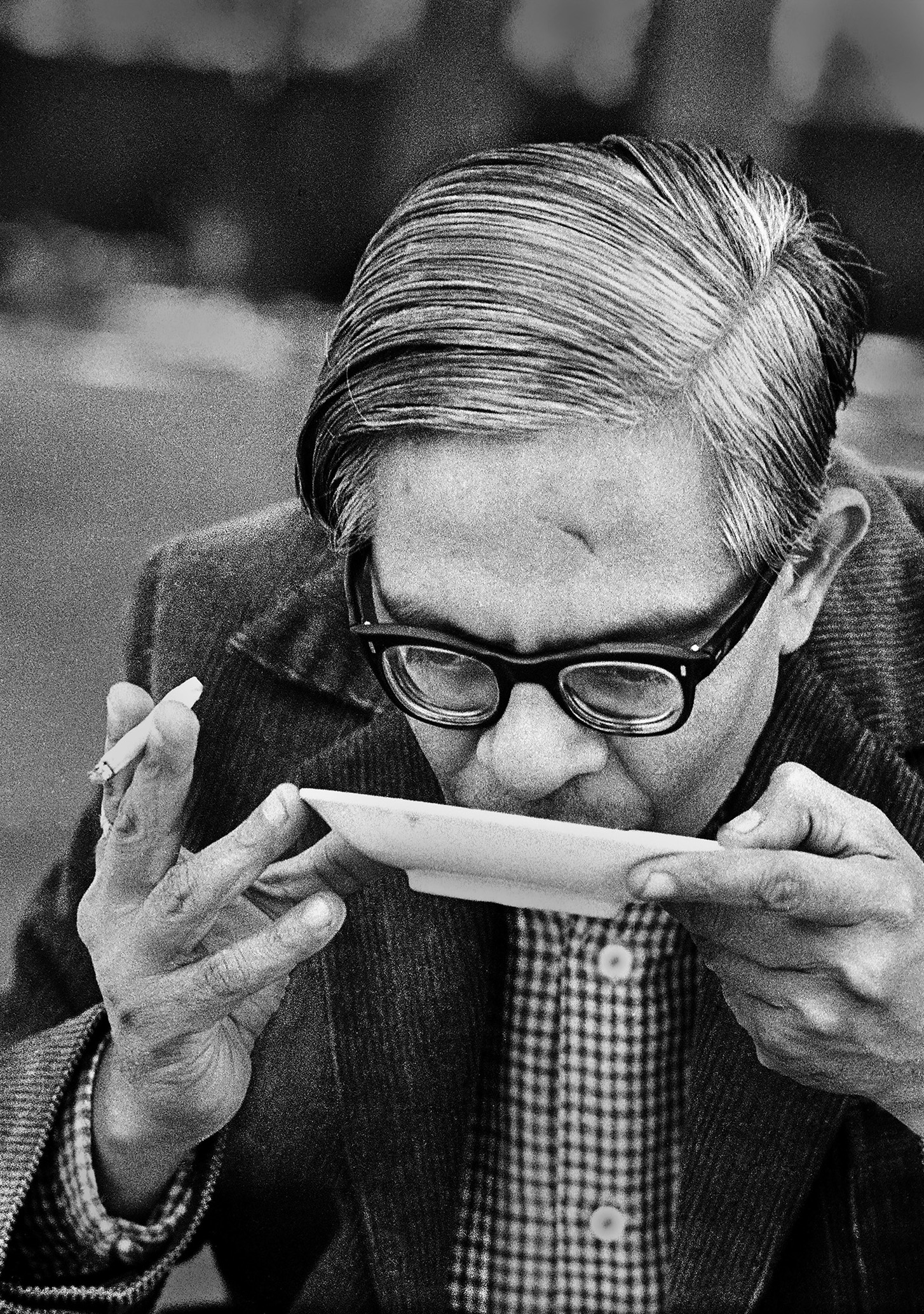 Bhupen Khakhar was born in Mumbai in 1934 and went on to do his Bachelors in Economics, Commerce and Accounts and Auditing. He was a full time chartered accountant but pursued his artistic inclinations in his free time as the Khakhars were originally artisans who came from the Portuguese colony of Diu. In 1961, Khakhar on the persuasion of his friend G M Sheikh came to Vadodara to pursue his latent interest as a painter. He studied art criticism as he had already dabbled in creative writing, and was well versed in Hindu mythology and literature.

For an exhibition in 1972, he designed a catalogue whose form recalled the confessions in his personal diary, resembling in size and format of an Indian passport. Although Khakhar was a largely self-taught artist, his works gathered lot of praise and attention in the 1970s. His oil paintings were often narrative and autobiographical, expressing the human body and its identity. A self-professed homosexual, the problem of gender definitions and gender identity were major themes of his work.

He was portrayed as “the accountant” in Salman Rushdie’s novel The Moor’s Last Sigh. He returned the favour by making a portrait of the author that he called The Moor, and which is now housed within the National Portrait Gallery, London. In 2000, Khakhar was honoured with the Prince Claus Award at the Royal Palace of Amsterdam. He also won the Asian Council’s Starr Foundation Fellowship, and the Padma Shri in 1984. Khakhar passed away in Vadodara in 2003.