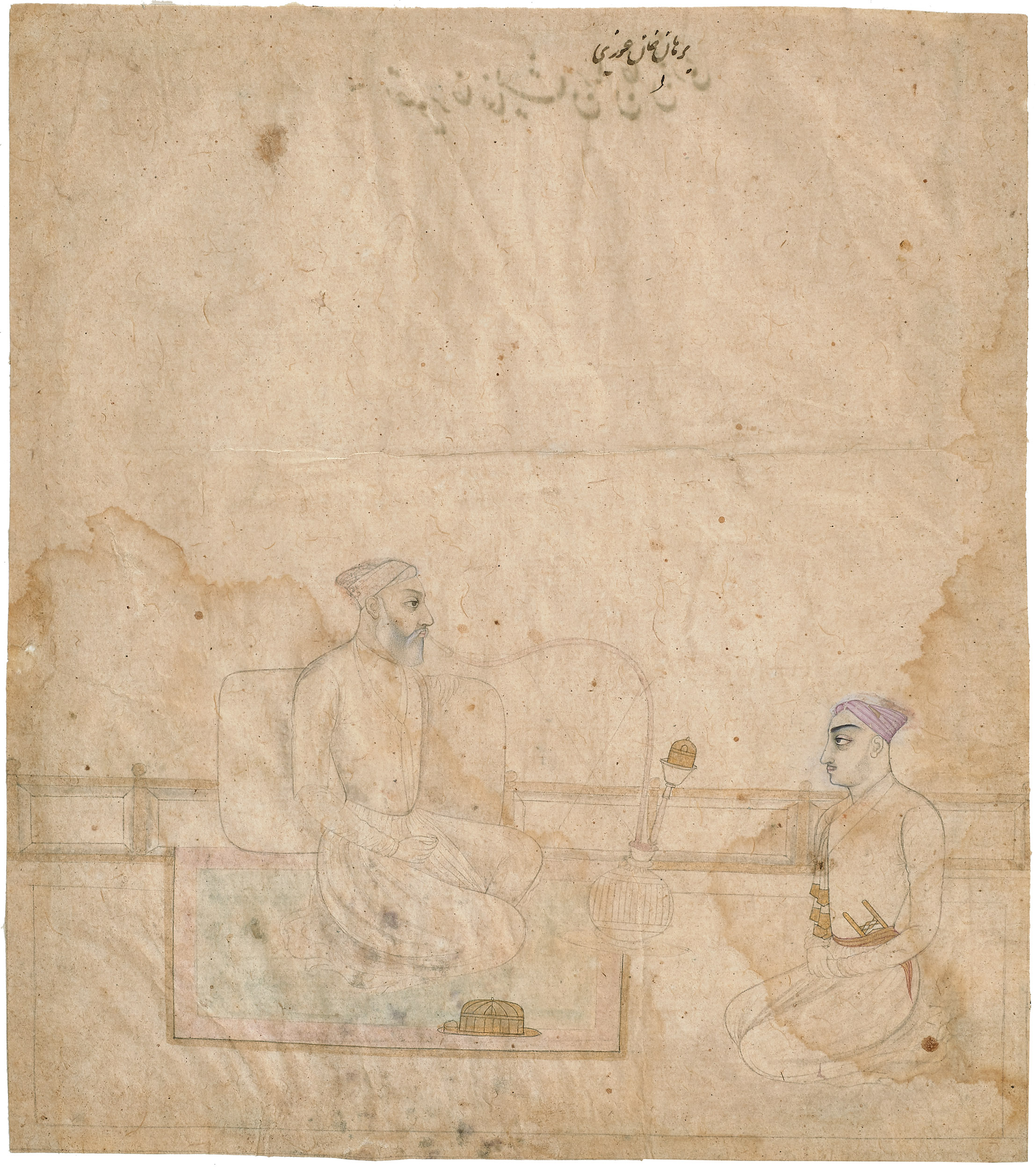 This elegant drawing depicts the elder nobleman Burhan Khan Ghori seated on a terrace, smoking a hookah. A younger noble, identified as Khan Alishan, sits across from him with a katar tucked into his waist and his hands crossed.

Despite the relatively restrained nature of the drawing, the delicate shading of the faces and touches of pigment indicate that this picture was intended to be a finished work. The portrait is in the style of the artist Muttam1. Who was previously known as the Jaipur painter, he has recently been identified as one of the leading artists of the 18th century. He and his son Kishan, appear to have been based in Aurangabad where they specialized in portraits, Ragamala, and idealized pictures of women.