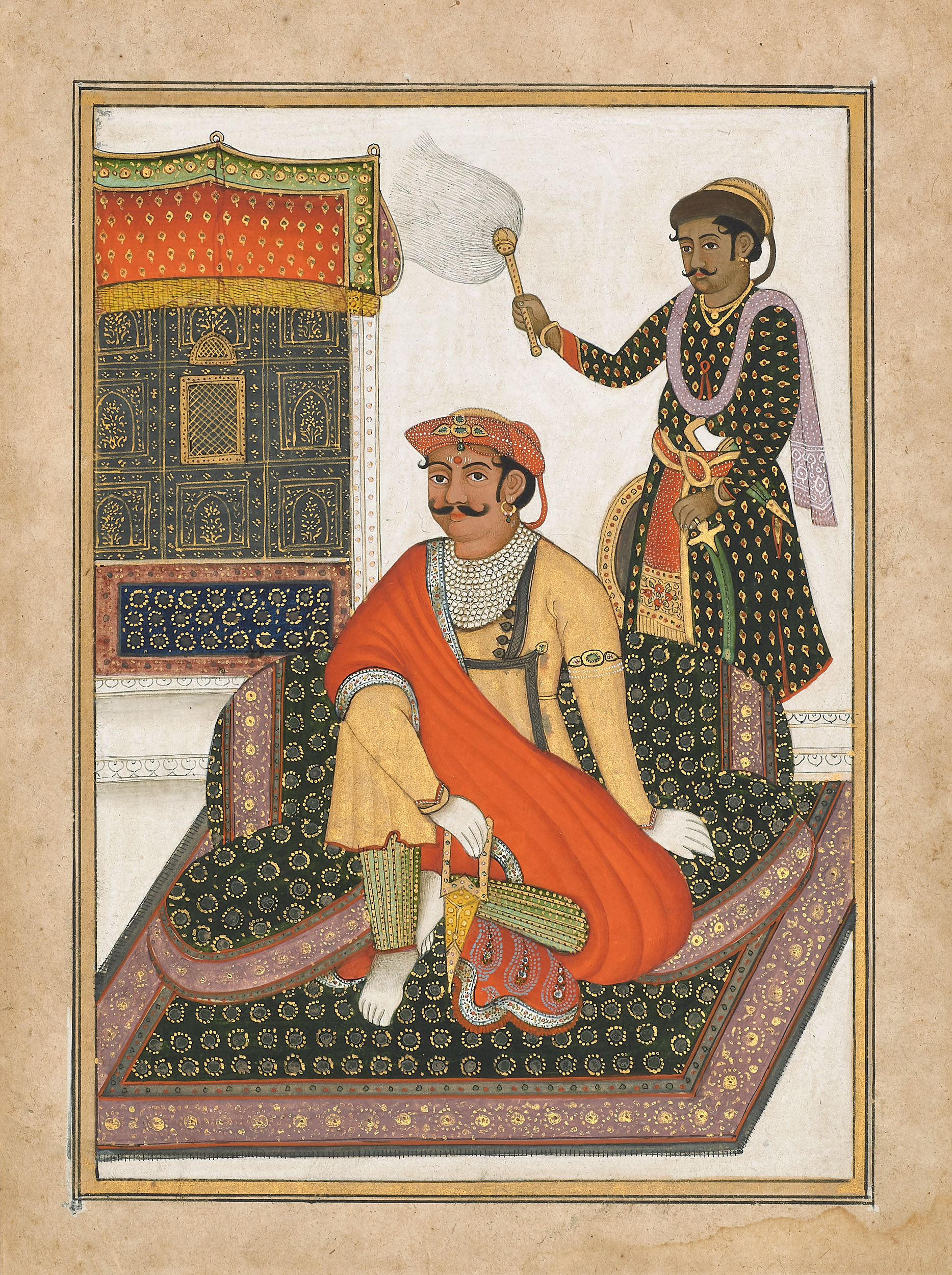 The adopted son of Mahadji Sindhia, who played a key role in the rebuilding of the Maratha Empire after the chaos that followed their defeat in the third Battle of Panipat in 1761, Daulat Rao Scindia succeeded to the Gwalior throne in 1794. He guided Gwalior through a period of unrest that saw him pitted in a messy series of conflicts with Yashwantrao Holkar and later played a key role in the second and third Anglo Maratha wars as part of the Maratha resistance.

This posthumous portrait of Daulat Rao Sindhia follows conventions established by the Delhi artist Khairallah (cat. 28) in two well known durbar scenes in the V&A (Archer M. 1992, no. 143) and Chester Beatty Library (Leach 1995, no. 7.118) and an individual portrait in the Mittal Museum1. The artist was also influenced by the portraits being produced by Delhi artists for Colonel Skinner’s Tazkirat Al-Umara.

1. J.P. Losty and Jagdish Mittal, Indian Paintings of the British Period in the Jagdish and Kamla Mittal Museum of Indian Art, 2016, Cat. 1. Also see Christies New York, 5/10/2018, The Collection of Peggy and David Rockefeller: Travel and Americana, Lot 1017, which is likely the work of Khairallah, and Christies Online, Indian Art Online: Painting the Maharaja, 5/18-25/ 2017, Lot 12.