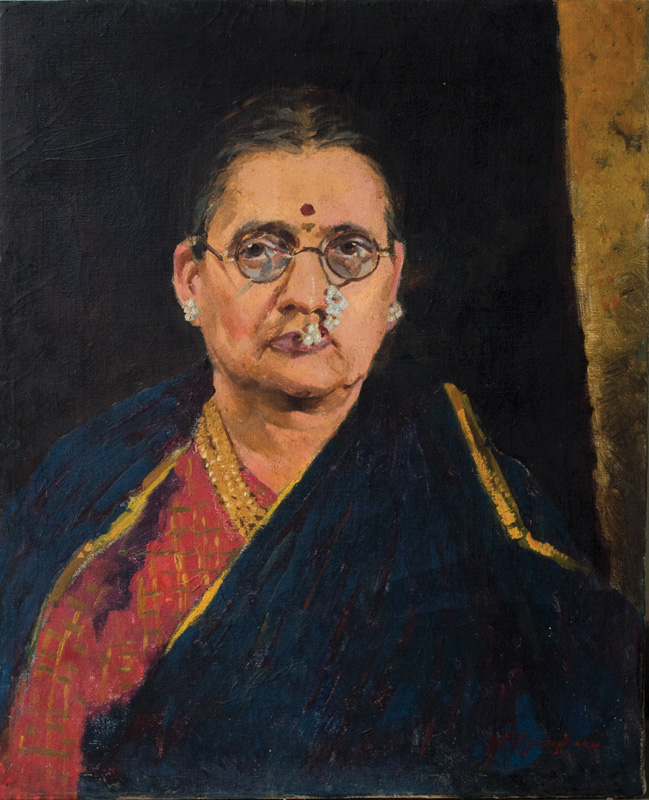 Mahadev Visvanath Dhurandhar, born in Kolhapur and also called Rao Bahadur, a title bestowed on him by the British government, was the first Indian director of the Sir J. J. School of Art – Bombay. He was the most popular painter of Western India after Raja Ravi Varma. He was an excellent illustrator, skilled portrait painter, and had exceptional talent in figurative paintings. He was adept in oils, watercolours, pencil drawings and nearly 5000 works have been
credited to him, excluding drawings and sketches.

This portrait is of Dhurandhar’s second wife who judiciously managed his home, giving the artist time to paint freely. His first wife passed away after one and half years of marriage due to plague. Dhurandhar also painted his wife in many situations in his sketch book. At one point he systematically arranged the sketches and bound them together to form an album titled “My wife in Art”. He also wrote an emotional introduction to it in his own handwriting and dedicated it to memories of both the wives.