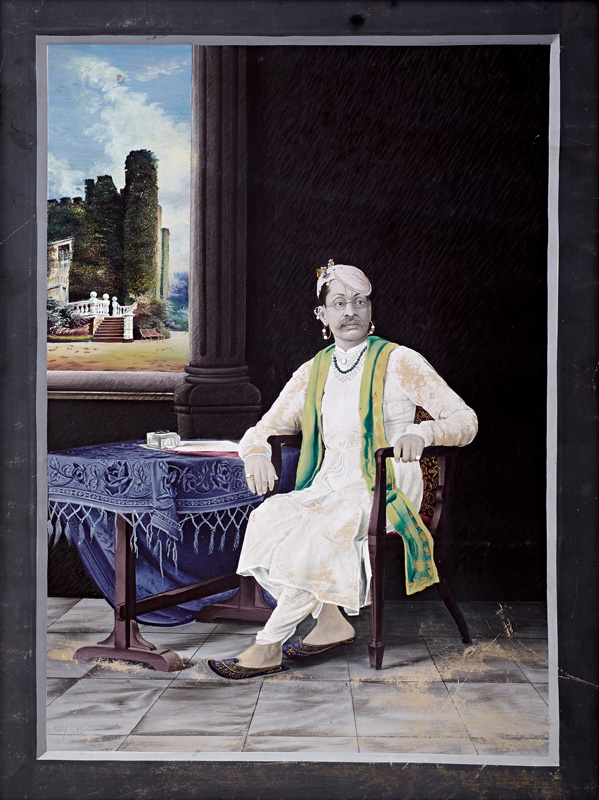 Tilkayat Govardhanlalji was always a popular subject with the artists of Nathdwara. Champalal Gaur (c.1875-c.1930) belonged to the Jatoiya clan of the adi-gaur artists was one such acclaimed painter. His grandfather lived and painted in Nathdwara whereas his father was employed in Bombay at the Balkrishanlal temple. His childhood years were divided between Bombay and Nathdwara and his art was honed by studying under his paternal uncle was himself an accomplished artist. On his father’s demise, he took over as artist-in-residence at the Balkrishanlal temple at a very young age.

This grisaille portrait of Govardhanlalji by Champalal Gaur was done in the then fashionable “photographic-studio” style wherein the subject is photographed in a studio and then painted. This style was very popular in those days since the subject did not have to spend days posing for the artist.

Govardhanlalji is shown in full finery, sitting in a chair resting his hand on a table with the backdrop of a palace.

Reference photograph
from which this painting was created