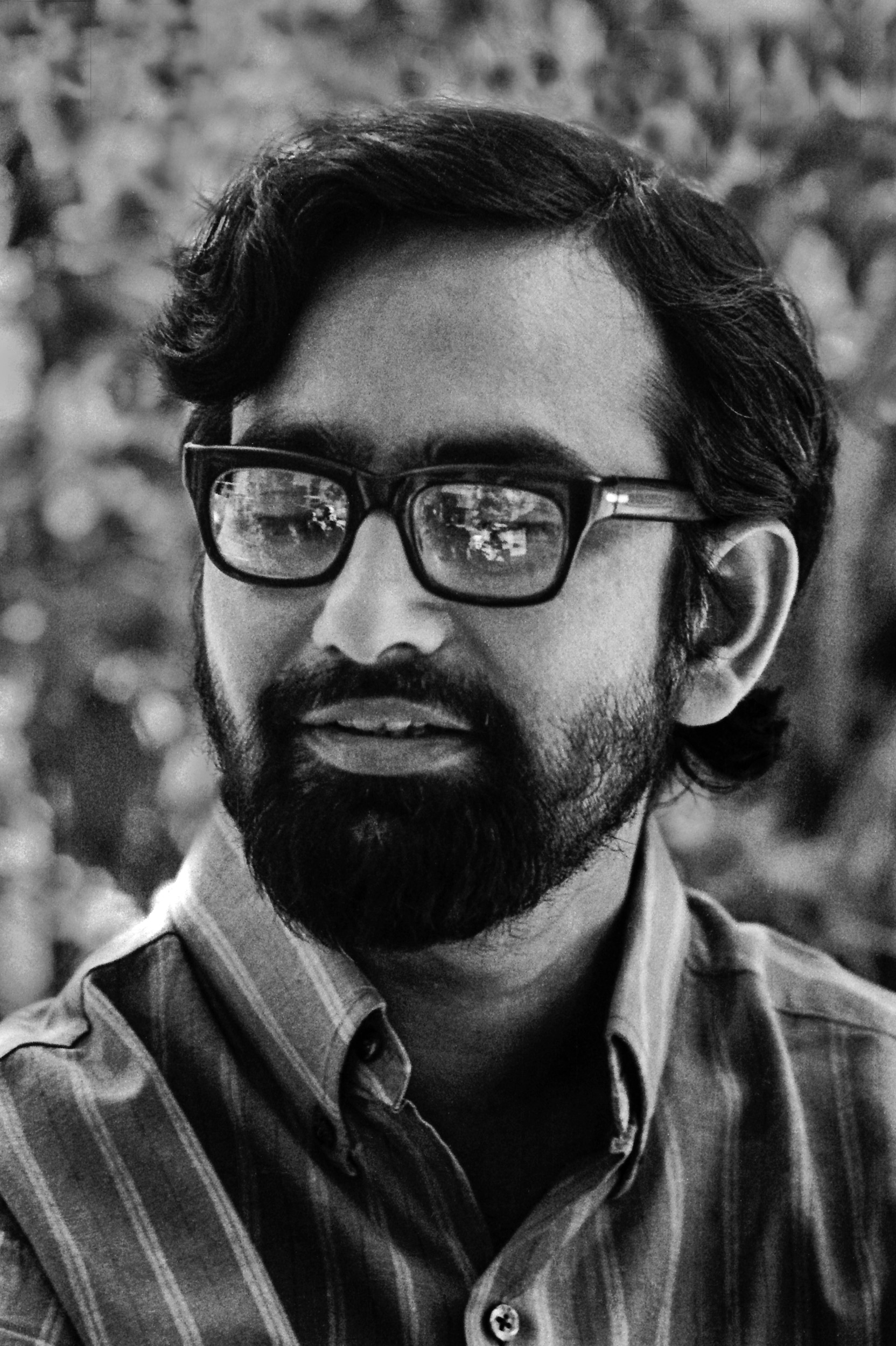 G M Sheikh was born in 1937 in Saurashtra, Gujarat, and did his masters in painting from the Faculty of Fine Arts, M S University, Baroda in 1961. He also studied at the Royal College of Arts, London from 1963-69.

Apart from being a painter, Sheikh is a prolific writer, poet and historian. He has taught art history and painting at MSU, Baroda for about thirty years and published his first set of poems, ‘Athwa’ in 1974. The poet Kabir has been a great influence in his life and he has done a series of works on his relationship with Kabir.

His works draw inspiration from Indian, European and political events and rely heavily on the cultural environment of the individual. He created a visual language that imbibed and discarded influences but was open to experimentation and academic influences. His works are surreal and transcendental yet rooted in reality.

His contributions to visual arts and literature have been awarded by the Lalit Kala Akademi and the Bombay Art Society. He was awarded the Padma Shri in 1983 and Padma Bhushan in 2014. Sheikh lives with his artist wife Nilima and works in Vadodara.