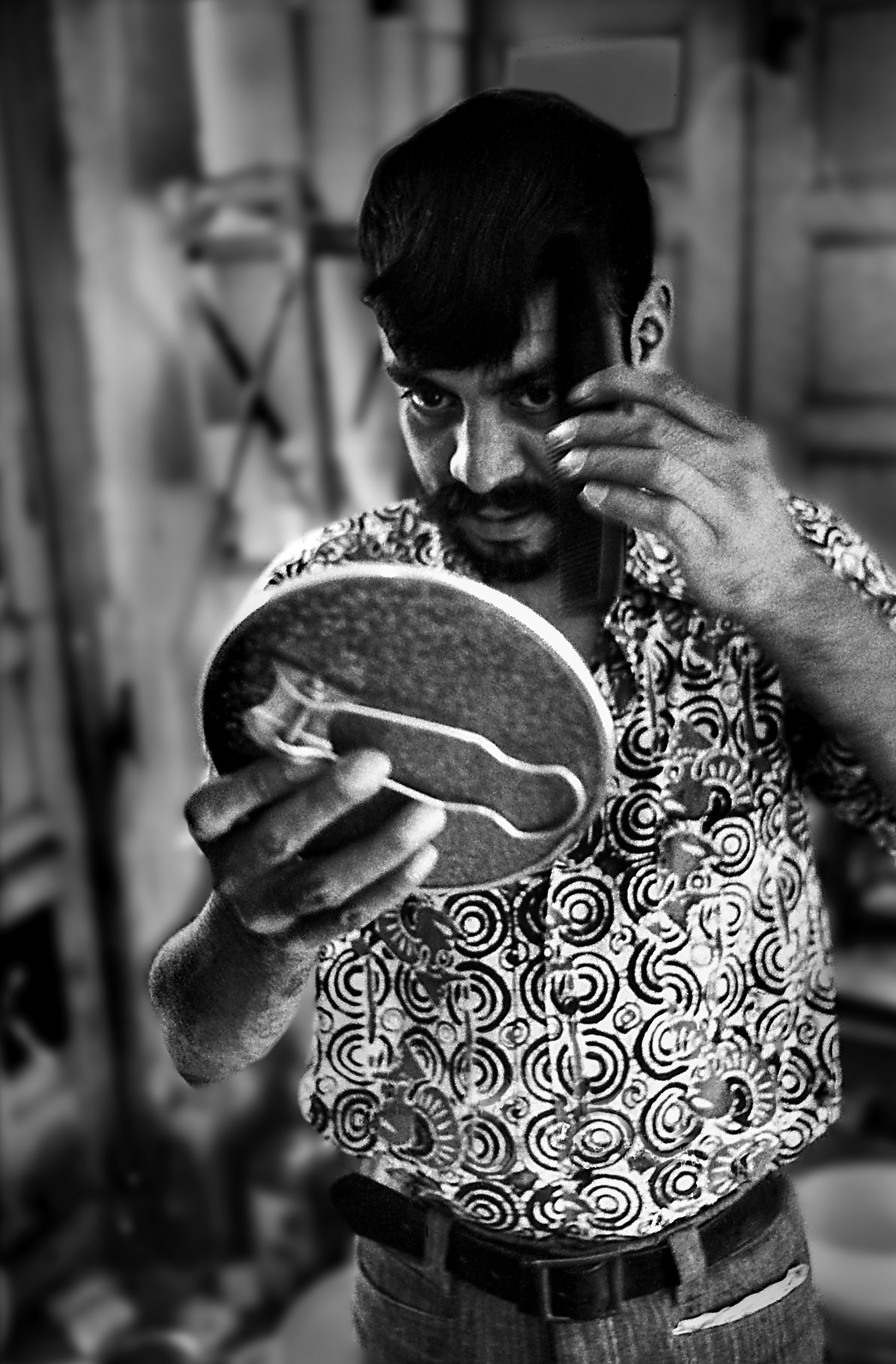 Himmat Shah was born in Lothal, Gujarat in 1933 and grew up surrounded by the remnants of the Harappan Civilization. He moved to Bhavnagar and studied at Gharshala, a school affiliated to Dakshinamurti, the intellectual and cultural centre of the nationalist renaissance in Gujarat. It was here that he was initiated into art by artist-educator Jagubhai Shah. He then received his training from the J. J. School of Art, Mumbai, and moved to Vadodara on a government cultural scholarship. He also went to Paris in 1967 to study etching on a French Government scholarship.

Shah was greatly influenced by N S Bendre’s demeanour of the image of a modern artist and K G Subramanyan’s quest for language and appraisal of folk art. On his return, he designed and executed monumental murals in brick, cement and concrete at St. Xavier’s School Ahmedabad, before shifting to Delhi and subsequently to a studio at Garhi which became the artist’s laboratory. His best known work remains the heads in terracotta and bronze sculpture, which he casted at a foundry in London.

Shah has exhibited his work in more than 40 exhibitions and travelled to Peru, Russia, Antwerp and the UK. A Retrospective of his works was held in 2016 at the Kiran Nadar Museum of Art, New Delhi and the Bihar Museum. He has received the All India Fine Arts and Crafts Society (AIFACS) Award, the Sahitya Kala Parishad Award, the Kalidasa Samman by the Government of Madhya Pradesh, the Gagan-Abani Puraskar, Santiniketan among others. He lives and works in Jaipur.