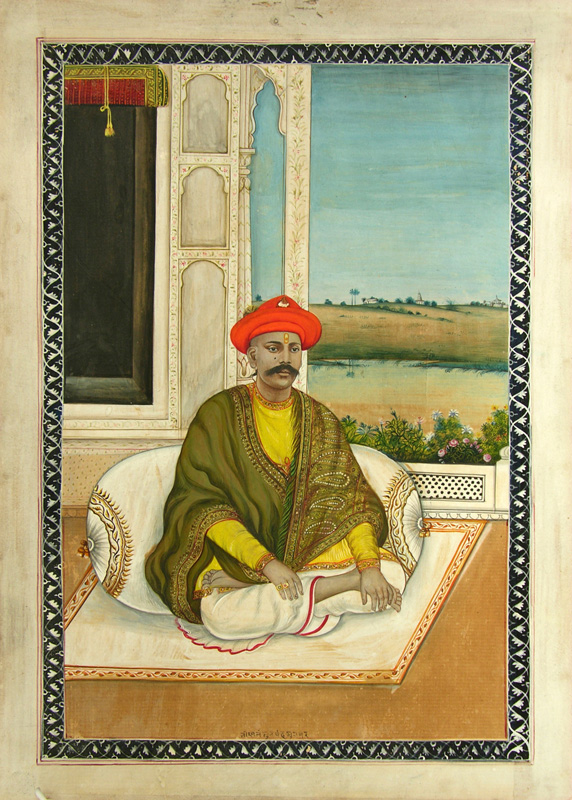 by Mulchand, Banaras circa 1840

Indian painting history during the eighteenth and nineteenth century witnessed a new genre of painting popularly known as the Company School or Company Period. The paintings of this school display a blend of naturalistic representation and a nostalgic stylization of medieval Indian miniatures. It was so named because it emerged primarily under the patronage of the British East India Company. The officials of the Company were interested in paintings that could capture the “picturesque” and the “exotic” aspect of the land, besides recording the variety in the Indian way of life which they encountered. Indian artists of that time, with declining traditional patronage, fulfilled the growing demand for paintings of flora and fauna, landscapes, historical monuments, durbar scenes, images of native rulers, trades and occupations, festivals, ceremonies, dance, music as well as portraits. ‘Company Paintings’ were first produced in Madras Presidency in South India. This new style of painting soon disseminated to other parts of India such as Calcutta, Murshidabad, Patna, Banares, Lucknow, Agra, Delhi, Punjab and centers in Western India.

European painters were active in Banaras since 1781, capturing the “grand picturesque” of “impressionistic flashes” of the architectural beauty overlooking the Ganga. In this portrait you can see a Hindu Jagirdar or landlord sitting in his verandah or balcony and enjoying the evening beauty on the banks of the River Ganga.