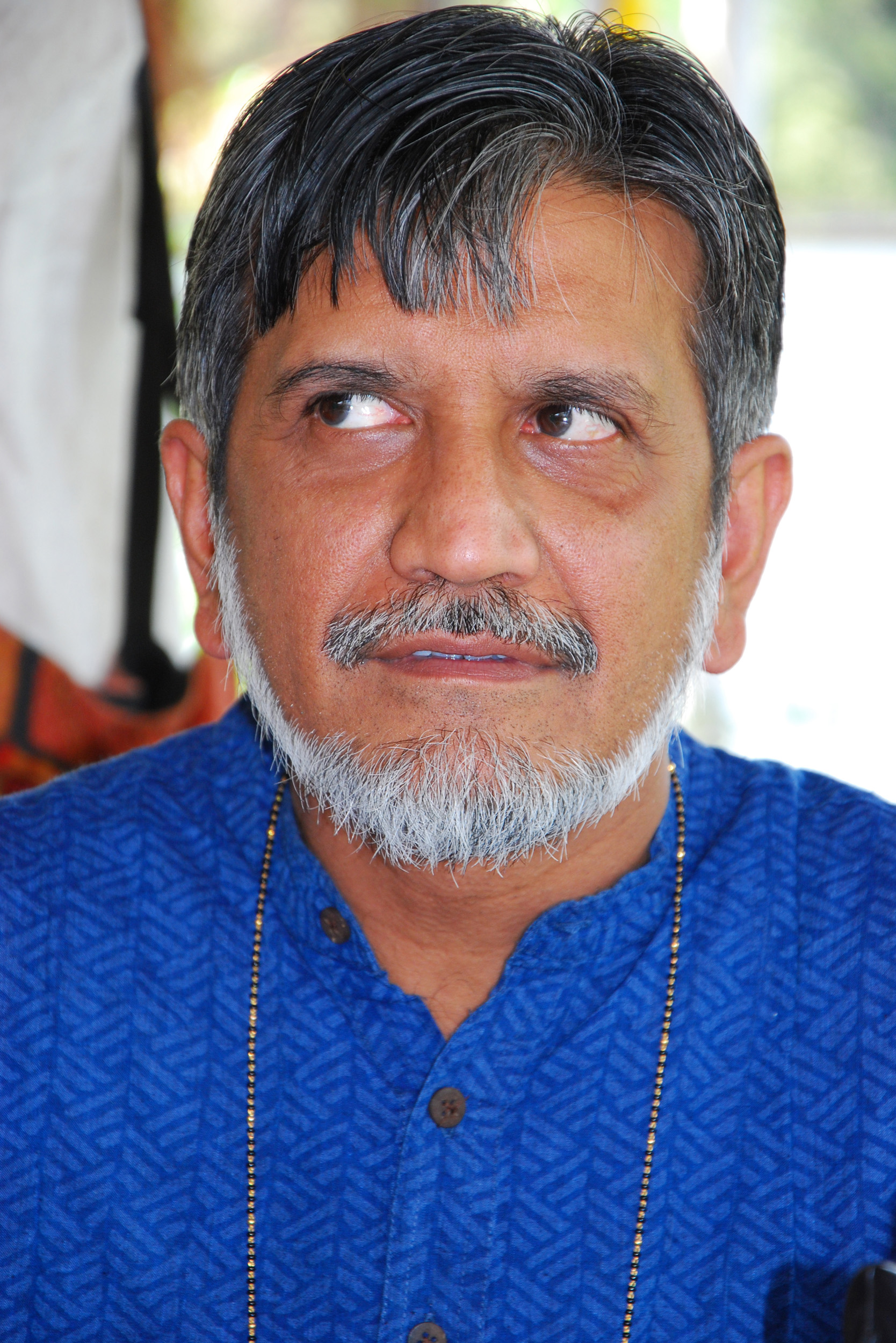 Indrapramit Roy was born in 1964 to a family steeped in the arts: his father was associated with Bohuroopi, one of the premier theatre groups and mother was a sitar player. He studied print making at the Visva-Bharati University, Santiniketan and painting at the Faculty of Fine Arts, M S University, Baroda. He was also awarded the Inlaks Scholarship to study MA Painting at the Royal College of Art, London, which also included a term each at Cite des Arts, Paris and Hochschule der Kunst, Berlin on Erasmus exchange grant.

He then lived at the Cholamandal Artist’s Village for two years and it was through his wife, that he met Geetha Wolf of Tara Books. Discussions followed about the dearth of quality books for children and illustrations, which led to Roy trying his hand and illustrations using warli techniques. His paintings are a repository of memories, aspirations, dreams and desires’ expressing a whole range of associative or opposing meanings.

Roy has had over 80 Group shows, 17 solo shows and several art camps and workshops to his credit. He has taken part in Group shows in London, Berlin, New York, Melbourne, Bangkok and Yangon and has represented India in Asian Art Exhibition in Macao and the Cairo Biennale, Cairo, “India at 70” at Bangkok (2018) and India Art Fair (2019), New Delhi. In February 2013 he completed a mural (12 x 26 feet) for Terminal-2 of the new Mumbai International Airport.

He has been teaching painting at his alma mater – Faculty of Fine Arts, MSU, Baroda since 1995 and presently is an Associate Professor and the Dean of Students. He lives and works in Vadodara.