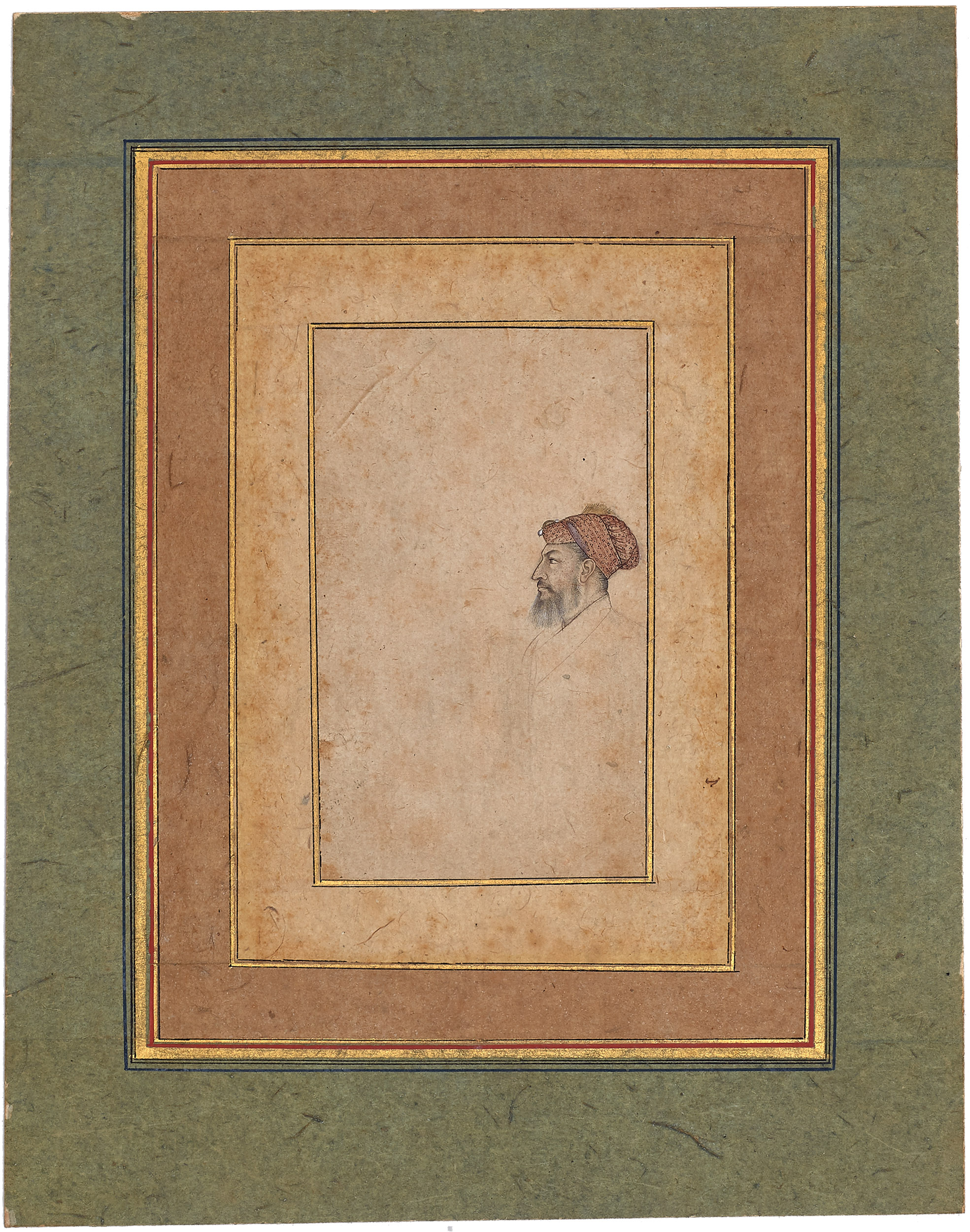 An able administrator, Islam Khan Mashhadi was given various leadership responsibilities during his long career, including subadurship of Bengal during the reign of Jahangir and governorship of the Deccan under Shah Jahan, for whom he also acted as Vizer. He died in the Deccan in 1647 with a mansab of 7000 and was buried at Aurangabad.

This meticulously rendered study of Islam Khan is of the sort that may have been taken from life, to be used for reference in later portraits. It is an excellent example of the cold precision favored by Shah Jahan and perfected by his atelier.

Islam Khan makes two appearances in the Padshahnama, first in folio 50B, Shah Jahan receives his three eldest sons and Asaf Khan during his accession ceremonies, by Bichitr, ca. 1630 and again in Folio 194B, Jahangir receives Prince Khurram on his return from the Mewar campaign, by Murar, ca. 1640. He is also depicted in a work by Payag from the “Late Shah Jahan Album” which is in the Metropolitan Museum of Art in New York (55.121.26), by Chitarman in a work housed in the British Library (Johnson Album 1, no. 11), and by Ilias Bahadur in another work in the British Library (Johnson Album 22, no. 3).