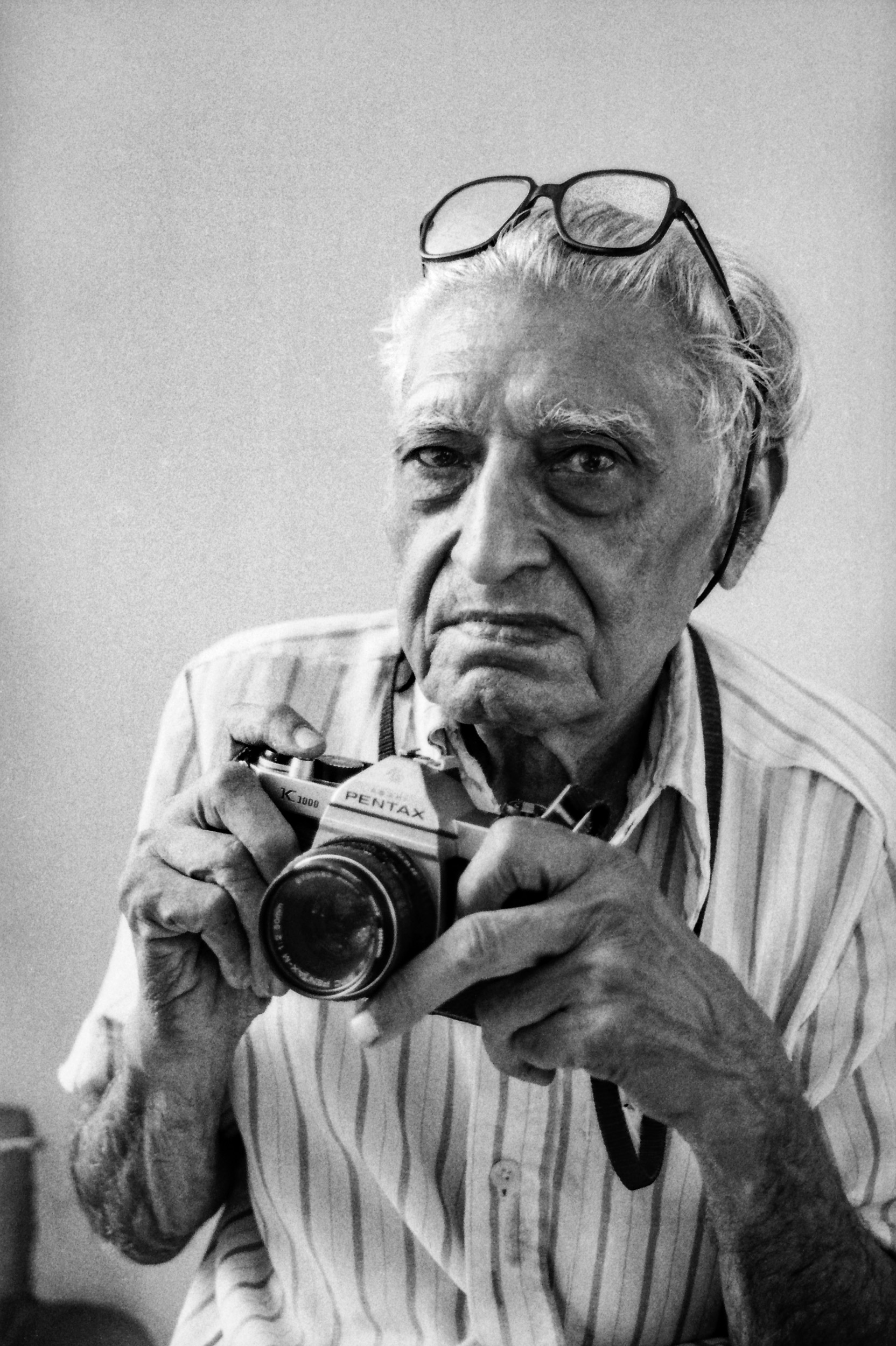 Jagan Mehta was born in 1909 into a family of Ayurveda physicians, in Sanand – Ahmedabad. However he was interested in painting from his school days, doing art work in both pencil and colour. Post failing his matriculation examination in 1929, he expressed his desire to his father to pursue art and go to the J. J. School of Art, Mumbai. Ravishankar Raval, hailed as Gujarat’s kala guru, happened to be a close friend of Mehta’s father. Thus, he went to apprentice with Raval for his magazine Kumar and started learning the ropes about painting and photography. Soon, photography became a passion and in 1933 he took his first photograph of Gandhi, which also set him on path of documenting life for posterity through the means of photography. He went on a scholarship to Vienna, Austria to study at the Institute of Graphic Arts. However, he became sick there and had to come back to India and post recovery went around pursuing photography as a profession. He joined the independence movement around 1942 and was able to capture Gandhi’s inner turmoil’s, which made him famous as well.

Post-independence, he opened his own studio in Ahmedabad but had to close down after 6 years and joined as an official photographer at the Prince of Wales Museum in Mumbai for ten years. On returning home he worked for a year at the National Institute of Design for the Nehru exhibition project and in 1968, he joined the C N Fine Arts College to teach photography. He was also a founder member of Niharika, the club of Gujarati pictorialists. He died in 2003 at the age of 95 and is survived by two sons.