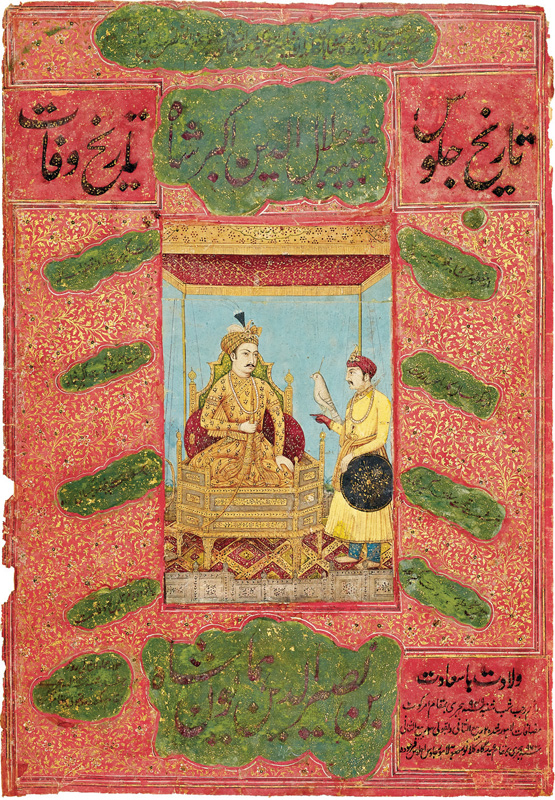 Akbar was the third and greatest ruler of the Mughal dynasty. He established a centralised system of administration throughout his empire and adopted a policy of conciliating conquered rulers through marriage and diplomacy. He showed respect for the Hindu faith and even his wives from the Hindu Rajput royal house were not forced to convert. Hindus were also prominent in his court and the army.

Akbar was a great patron of art, architecture, paintings and especially illustrated histories. Illiterate himself, he had books read to him and was especially keen to have images of what was described. He commissioned and employed around 300 artists, including Persian, Muslims and Hindus. As architectural projects, he built Humayun’s tomb, Agra fort, Fatehpur Sikri, Lahore royal fort and many more.

In this portrait, Akbar is seated cross-legged on an octagonal throne under a small canopy. He is holding the mouthpiece of a Hukka. He is facing a falconer, who seems to be the general of his army, probably Mansingh. Mansingh, was a trusted general and included among the Navratnas of the royal court. Hunting with hawks was a wide spread tradition among the Mughals.