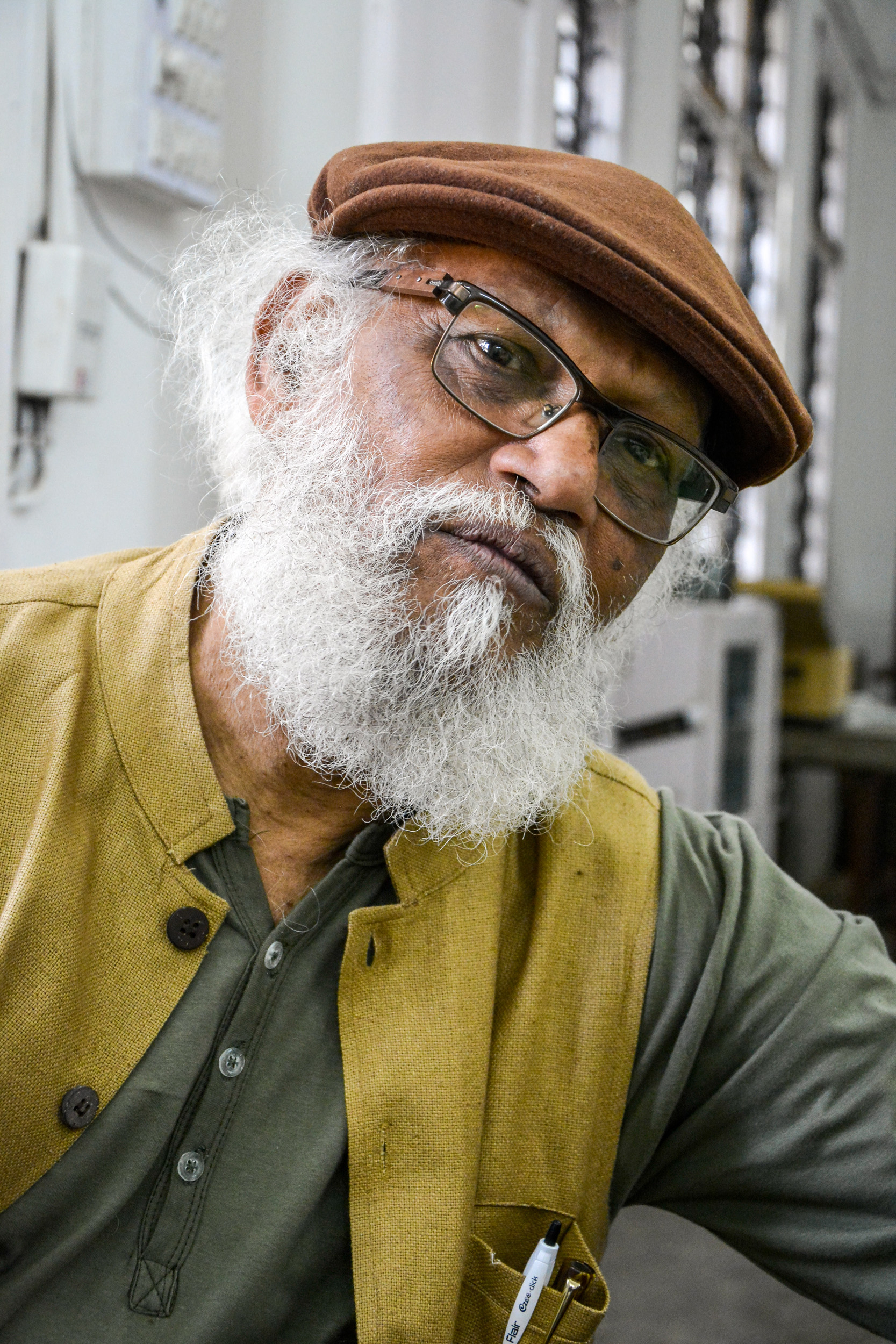 Jatin Das was born in 1941 at Baripada Mayurbhanj, Odisha. He completed his education in 1962 from J. J. School of Art, Mumbai. He paints on oil, acrylic, watercolour, ink and conte, is a print maker and also does sculptures and murals.

He has held over 68 exhibitions both in India and abroad and participated in numerous national and international shows and artist camps. His most notable mural is at the Parliament of India, titled Mohenjo-daro to Mahatma Gandhi, which was inaugurated by the then Prime Minister.

Most of his paintings revolve around the various aspects of a manwoman relationship and showcase new ways of depicting human figures and their emotions. He has been also involved with art institutions, in several capacities: as a teacher at the College of Art, New Delhi and at the National School of Drama as a consultant for the Handicrafts Board and for the Folk Art Museum, Odisha.

He was awarded the Utkala award in 2006, the Bharat Nirman Award in 2007 and was also conferred the Padma Bhushan in January 2012. His eldest daughter Nandita Das is a film actress working on social causes. He lives and works in New Delhi.