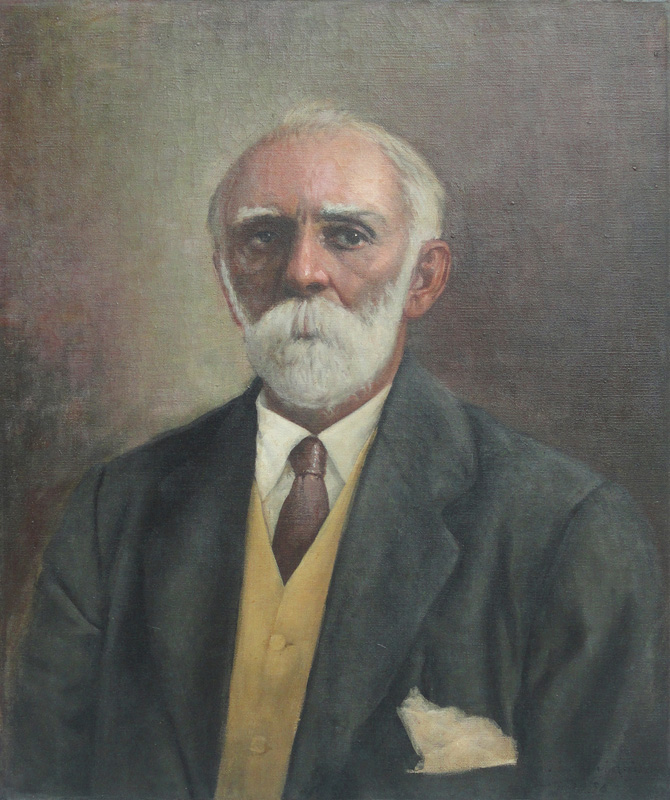 Sawlaram Lakshman Haldankar was born in Savantwadi, Maharashtra. He joined the Sir J. J. School of Art – Bombay and was a student of M. V. Dhurandhar and Cecil Burns. He soon made a name for himself and exhibited at Mumbai, Madras, Shimla as well as at the prestigious Royal Society of British Artists – London. He also started the Haldankar Art Institute in 1908 and founded the Art Society of India in 1918 with some of his friends and became its president. As an artist he always experimented with his paintings and thus there are quite a number of his paintings which are attributed to him but are incomplete or unsigned. He is also the recipient of the Lalit Kala Academy Fellowship award, which was awarded to him by the then President – Dr. Rajendra Prasad.

This portrait is of a Deputy Engineer – Works and Land Manager with the Mumbai Municipality. Jayme was born in 1876 in Porvorim, Goa and graduated in Civil Engineering in 1901. He was a keen student of the geology of Bombay and has published and read monographs on the subject in the journals of Bombay Natural History Society and at the sessions of the Indian Science Congress. He donated the “Jayme Ribeiro Collection of Rocks, Minerals and Fossils of the Island of Bombay” to the Prince of Wales Museum of Western India.