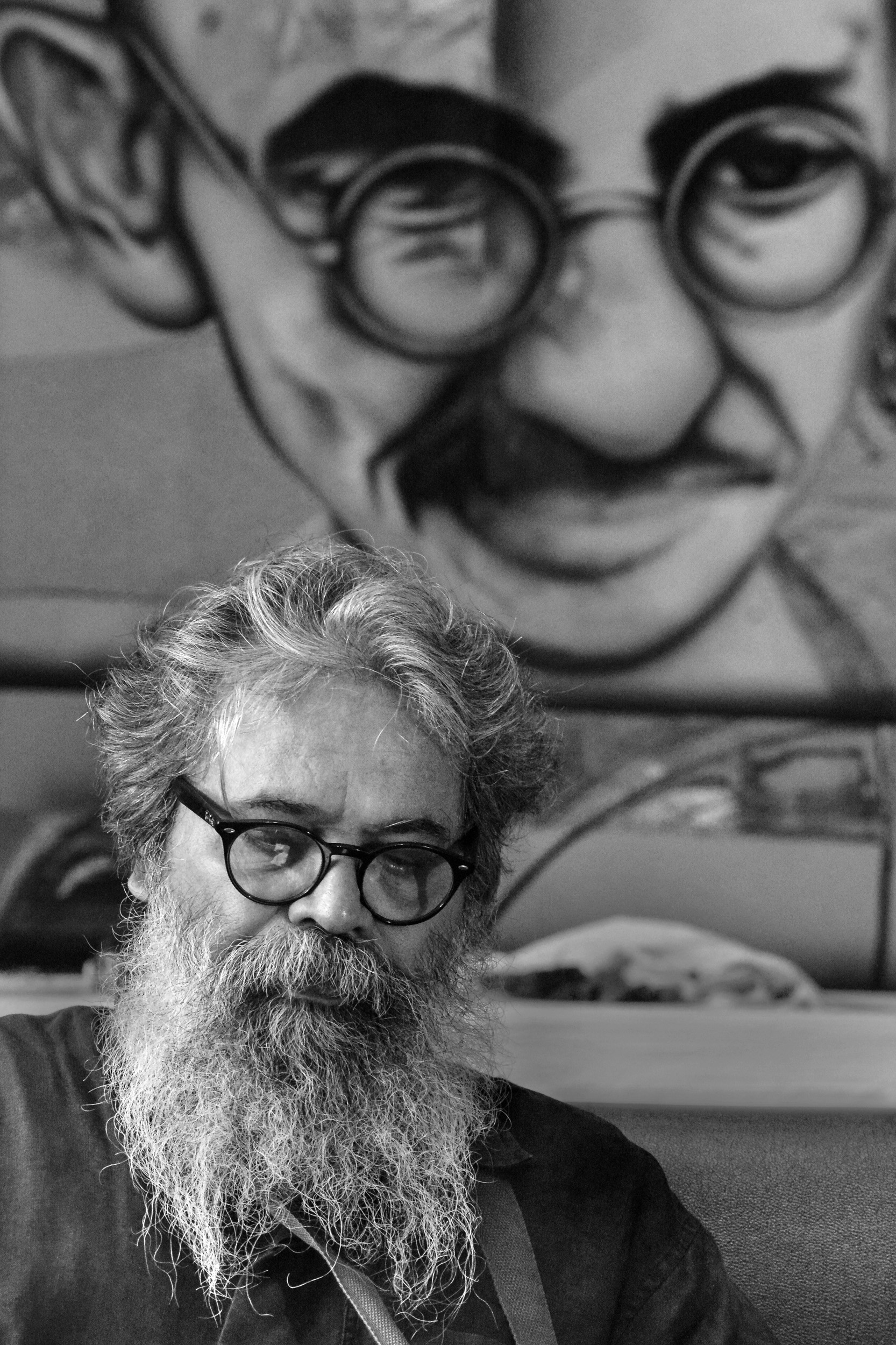 K. S. Radhakrishnan was born in 1956 in Kottayam, Kerala and did his bachelors and masters from Kala Bhavana of Visva-Bharati University, Santiniketan. He had taken to painting inspired by the works of his uncle P. N. Narayanan Kutty.

The central theme of the works of Radhakrishnan is the celebration of sensuality, making his works at once both intimate and universal in its appeal. He is known for his thinly fluted, tall figures that, despite their sense of monumentality, create a sense of intimacy through movement. Over the years, Radhakrishnan has tried and tested alternate sculpting mediums, working in molten bronze, beeswax and plaster of paris.

His sculptures are installed around the world – two open air sculptures at Bikaner in Rajasthan, a sculpture at India House, London, among others. He is the winner of several awards including the National Scholarship, Lalit Kala Akademi Fellowship and Birla Academy of Art & Culture Award amongst others. His work has been exhibited in many solo and group shows held at Mumbai, Delhi, Kolkata, Paris and the USA. He lives in Delhi and works from his studio on the outskirts of the city.