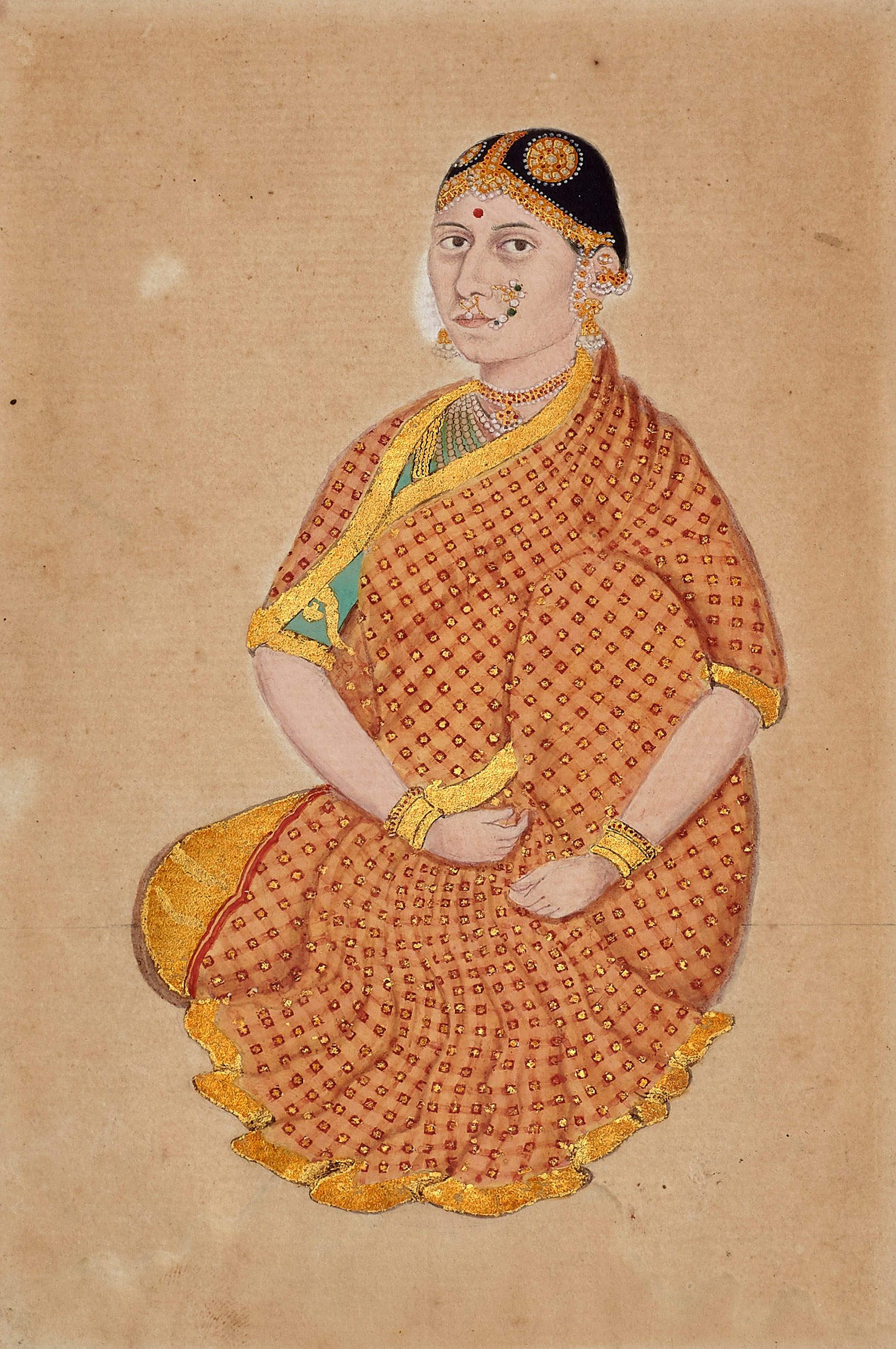 Inscription: (back of the frame in English) Kamatchi Rai, the first of eighteen wives of Sivaji Raja

The direct European impact on Tanjore painting began with the stationing of a British garrison in Thanjavur in 1773, during the Anglo-Mysore Wars of 1767-99. Throughout the late 18th and 19th centuries, artists based in and around Thanjavur prepared elaborate sets of paintings, which depicted Hindu deities and the various castes for company personnel.

This penetrating study of a heavily jeweled Marathi woman shown against an uncolored background is inscribed in a contemporary English hand, “Kamatchi Rai, the first of eighteen wives of Sivaji Raja”. Kamatchi Rai was one of the many women Raja Shivaji married at Tanjore palace in 1852. The young Rani, shown here wrapped in her mesmerizing sari, gazes directly at the viewer somehow exuding both strength and vulnerability.

Because Shivaji had no male heir, upon his death in 1855, the East India Company, under the Doctrine of Lapse, eliminated the title of Raja of Tanjore and absorbed Thanjavur into British India.