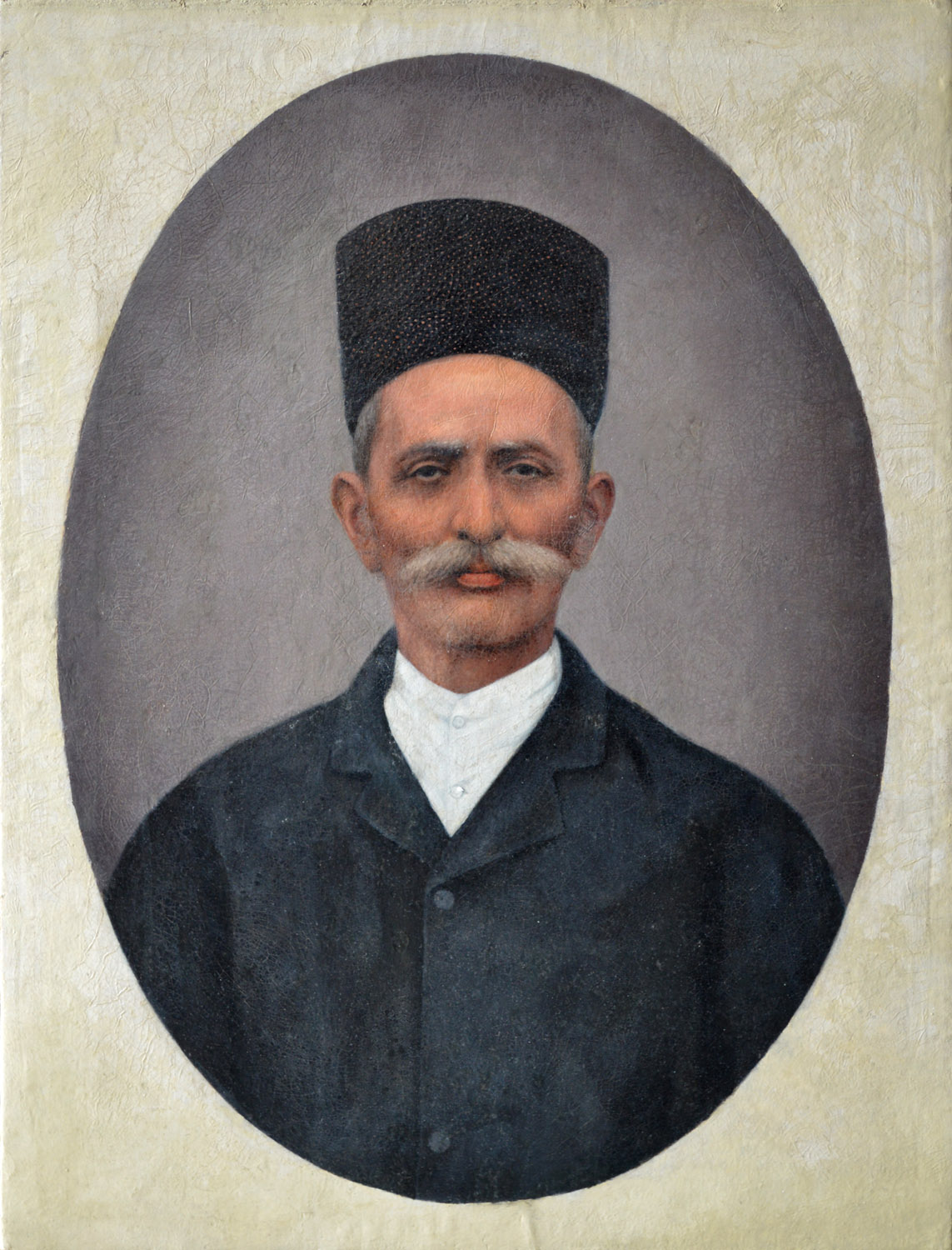 attributed to Raja Ravi Varma
circa 1900

His family had migrated to Kathiawar in 1825. Despite not having college education, he joined Government service in 1863 and was later appointed as Karbhari of Mangrol in 1884. He was later selected by the young ruler of Gondal as his Diwan.