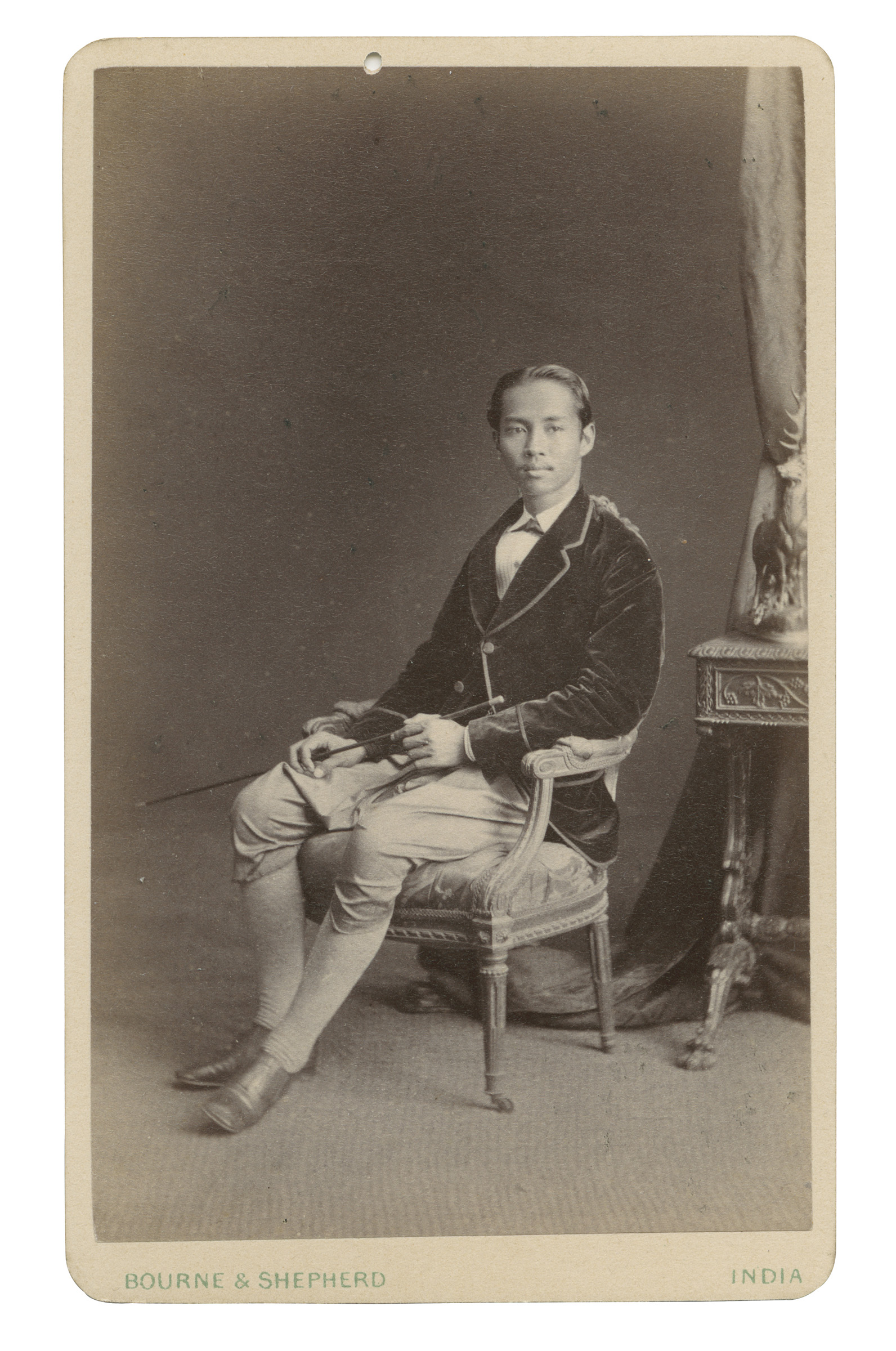 Inscription: HM the King of Siam

Chulalongkorn, known as King Rama V was born on 20th September 1853 to King Mongkut and Queen Debsirindra. He received western education and became a novice monk.

The young Chulalongkorn visited Singapore and Java in 1870 and British India in 1872 to study the administration of British colonies, in order to modernize Siam. He is most known for his abolition of slavery through the announcement of the Slave Abolition Act.

His diplomatic relations helped him to prevent Thailand from being colonized, making it the only country in Southeast Asia to have never been colonized. He travelled extensively to western countries like America, Great Britain, France and Russia. The memorial day of the passing of King Chulalongkorn is celebrated every year on 23 October as a national holiday in Thailand, also known as “Wan Piyamaharaj Day” in Thai.

In this image we see the king seated on a chair with a stick in his hand and isn’t looking directly at the camera. He is wearing a western style jacket with pants and shoes, without any jewellery or badge. The table in the background is probably dressed with some artefacts and a curtain drape.