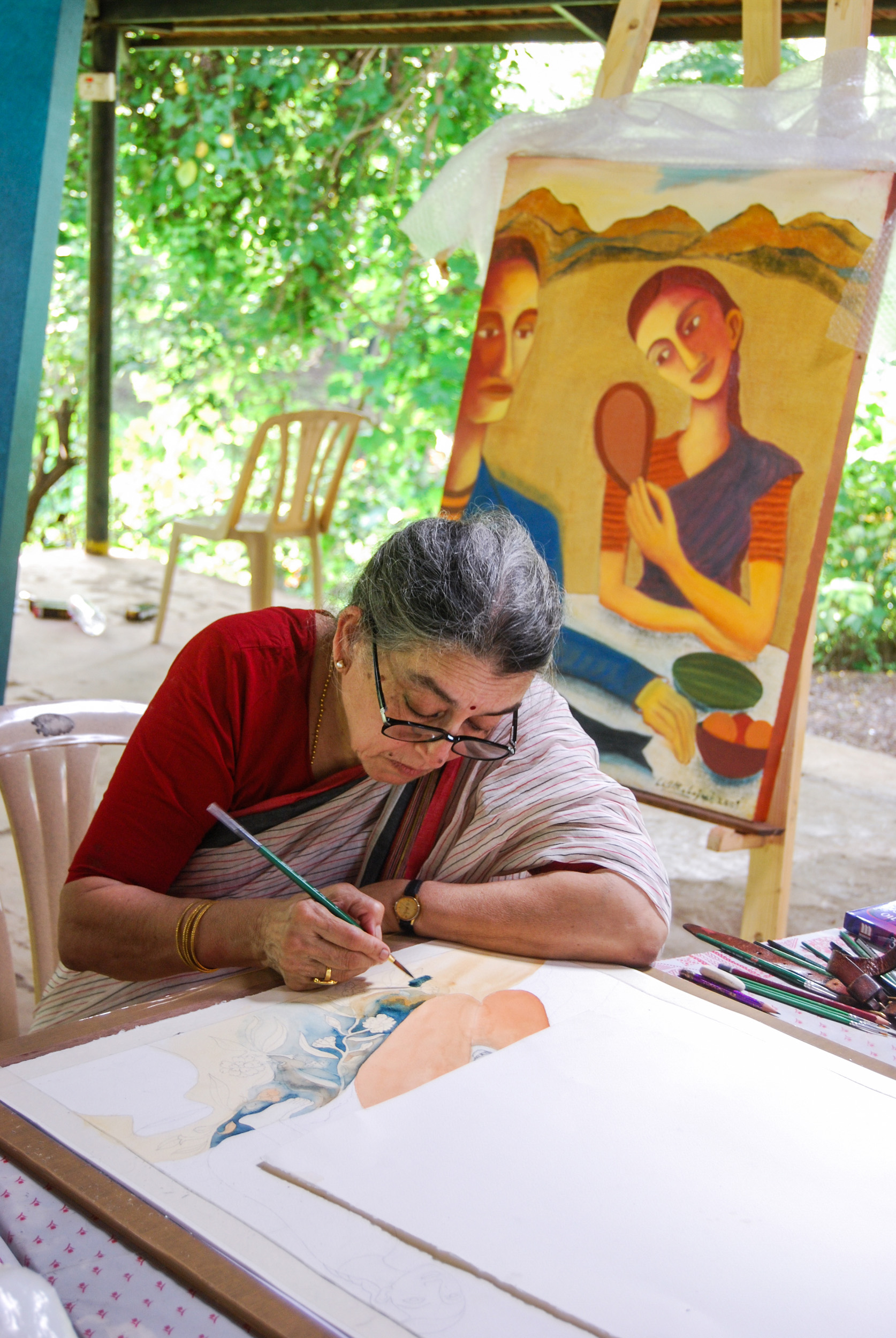 Lalitha Lajmi was born in Kolkata in October 1932 into a family having appreciation towards the arts. She herself was very fond of classical dance and had an urge to paint. So her uncle, B. B. Benegal, a commercial artist from Kolkata, brought her a box of paints and the self-taught artist began painting in the early sixties. She had to teach art in school to earn a living.

Lajmi’s father was a poet, her mother a polylingual writer and her brother is the legendary Hindi film director, producer, and actor Guru Dutt. Lajmi’s works are figurative in nature – men, women, children and clowns. The concept of ‘performance’ has been a constant theme, performers not only those on stage or in the circus, but also in real life. Her early works were melancholic in nature, and her later works are more optimistic. However through the years, her works have continued being autobiographical, also drawing from the world of cinema.

Lajmi was the recipient of the Government of India Junior Fellowship from 1979 to 1983. She won the Indian Council for Cultural Relations Travel Grant for International Contemporary Indian Women Artists Show for 50 Years of Indian Independence organized by Mills College of Art at Oakland, California in 1997 and Indian Council for Cultural Relations Travel Grant to East and West Germany for two Exhibitions in 1983. Lajmi lives and works in Mumbai.