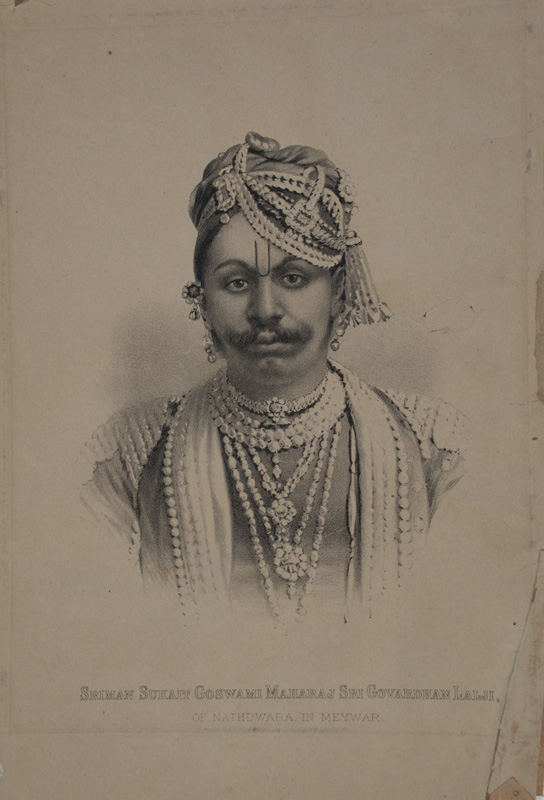 Lithograph after a British photographers portrait

by Unknown European Artist
circa 1885

After the invention of photography, many European artists travelled across India capturing in their lens not just the country’s superb landscapes and exquisite monuments but also prominent personalities. Lithographs were then made from these photographs. Lithography is a planographic printing process that makes use of the immiscibility of grease and water. In the lithographic process, ink is applied to a grease-treated image on the flat printing surface; nonimage or blank areas, which hold moisture and repel the lithographic ink. This inked surface is then printed directly on paper, by means of a special press.

As Tilkayat, Govardhanlalji was a leading persona during that period he was photographed extensively. Since his portraits were in great demand amongst the devotees of Nathdwara, lithographs made from his photographs became very popular as they were more cost effective than paintings.