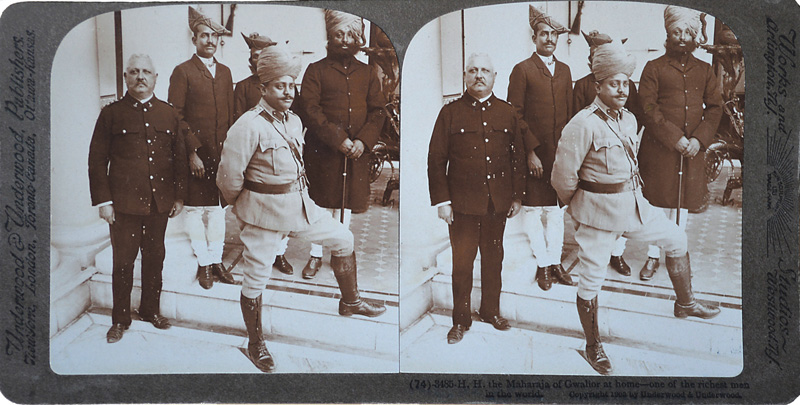 He was the 5th Maharaja of Gwalior belonging to the Scindian dynasty of Marathas. He acceded to the throne in 1886 and ruled till his death. He was noted by the British Government as a progressive ruler of a princely state. He married twice, but had children only by his second marriage in 1913. He had one son and one daughter, to whom King George V and Queen Mary stood sponsors. He was succeeded by his only son, Maharajdhiraja Maharaja Sir George Jivaji Rao Scindia, 6th Maharaja Scindia of Gwalior. His daughter was married, but died without any kin in 1934.

The Maharaja received a number of honours and decorations from the United Kingdom and other Indian States. He was appointed Honorary Aide-de-camp to King Edward VII in 1901, in recognition of his support during the Boxer Rebellion in China.