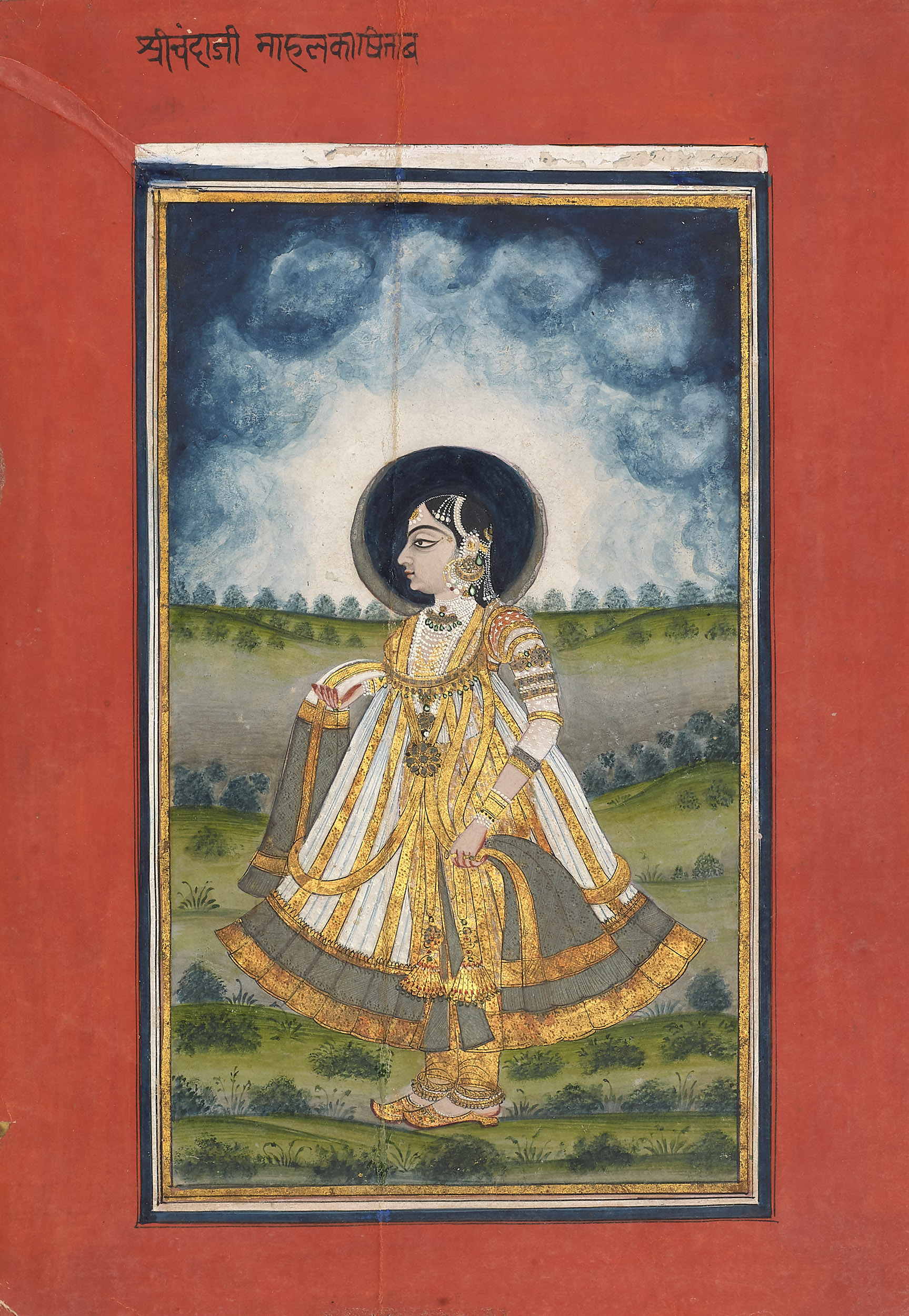 An extraordinary woman by all accounts, Mah Laqa Bai rose to prominence in Hyderabad, the highly cultured capital of the Deccan during the late 18th century. She was a tawaif (courtesan),
whose intellect, wit and charisma endeared her to the Hyderabadi aristocracy. She enjoyed the patronage of generals, prime ministers, British officers and even the Nizam ‘Ali Khan, who is said to have suffered his first stroke after watching her perform.

Her name, Mah Laqa Bai, means moon-faced or moon-cheeked, which explains why she is frequently depicted, as we see here, with a crescent moon nimbus. The Nizam, who had given her that nickname, valued her intellect so much that she made a senior noble or omrah at the court, a status that was most uncommon for a woman.

Mah Laqa Bai was a gifted poetess and had a diwan of her work copied which survives today in the British Library and the Salar Jung Museum. Her position and connections allowed her to accumulate considerable wealth, which she used to build a mausoleum for her mother, a lavish library and commission a history of the Deccan called the Mah-nama.

As one might expect of someone who was held in such high esteem amongst her contemporaries, several portraits of Mah Laqa Bai have survived. She is shown in an elaborate hunting scene in the caravan of Nizam ‘Ali Khan in the Salar Jung Museum (MSP XXXV-17) and dancing and singing for the Maratha general Raja Rao Rambha Bahadur in an illustrated copy of Anup’s Rag Darshan in the Rare Book & Manuscript Library at the University of Pennsylvania (UPenn LJS 63). Our picture is most closely related to a portrait that recently appeared in London1 that is inscribed and dated 1817, placing both pictures firmly in the latter part of this remarkable woman’s lifetime.