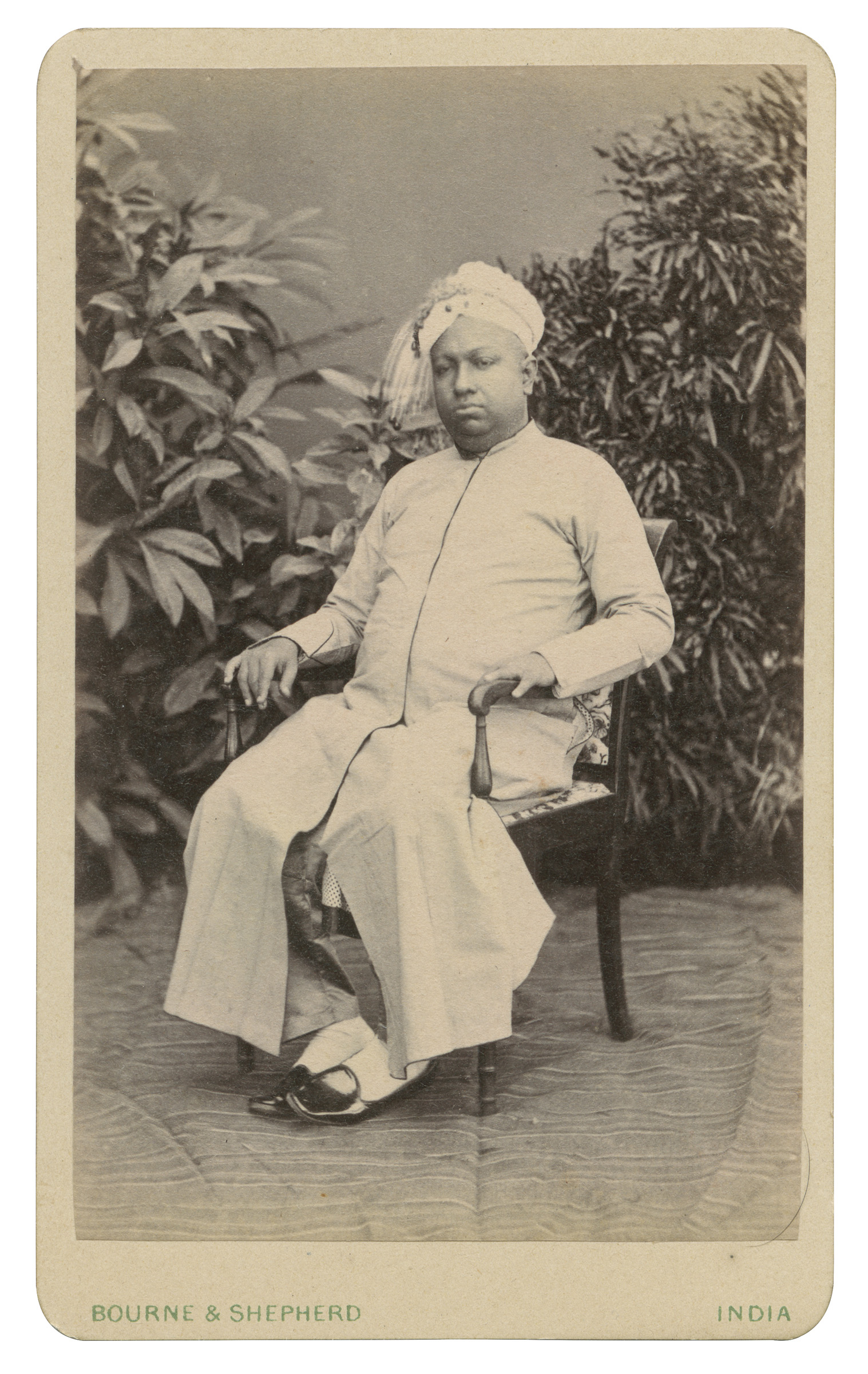 Inscription: HH the Maharajah of Travancore

Ayilyam Thirunal was born on 14th March 1832 to Rani Rukmini Bayi, the only sister of Maharaja Swathi Thirunal and Uthram Thirunal. Among the seven children born to the Rani, only four had survived and, the third as well as the eldest son were declared unfit to rule owing to their mental incapacity. Interestingly the Travancore Royal Family inheritance and primogeniture was determined through the female line known as the Marumakkathayam system. Thus, Ayilyam became the Elaya Rajah or heir apparent of Travancore.

The Maharaja implemented many reforms and changes with the aid of the Diwan T. Madhava Rao, before which Travancore Government was struggling with many debts and a mismanaged financial department. Thus many monopolies, taxes and cessations were abolished. In 1863 Travancore was declared debt-less and by 1872 it had become a wealthy state with a surplus revenue of 4 million rupees. The Maharaja was also a poet having authored the Meenaketanacharitram and Bhasha Sakuntalam.

This full length image of the Maharaja seated with his legs crossed and arms resting on an armchair, with plants in the background, give a garden like ambience. He is wearing a long tunic with full length sleeves and a high neck with jewelled turban, and western shoes and socks on his feet.