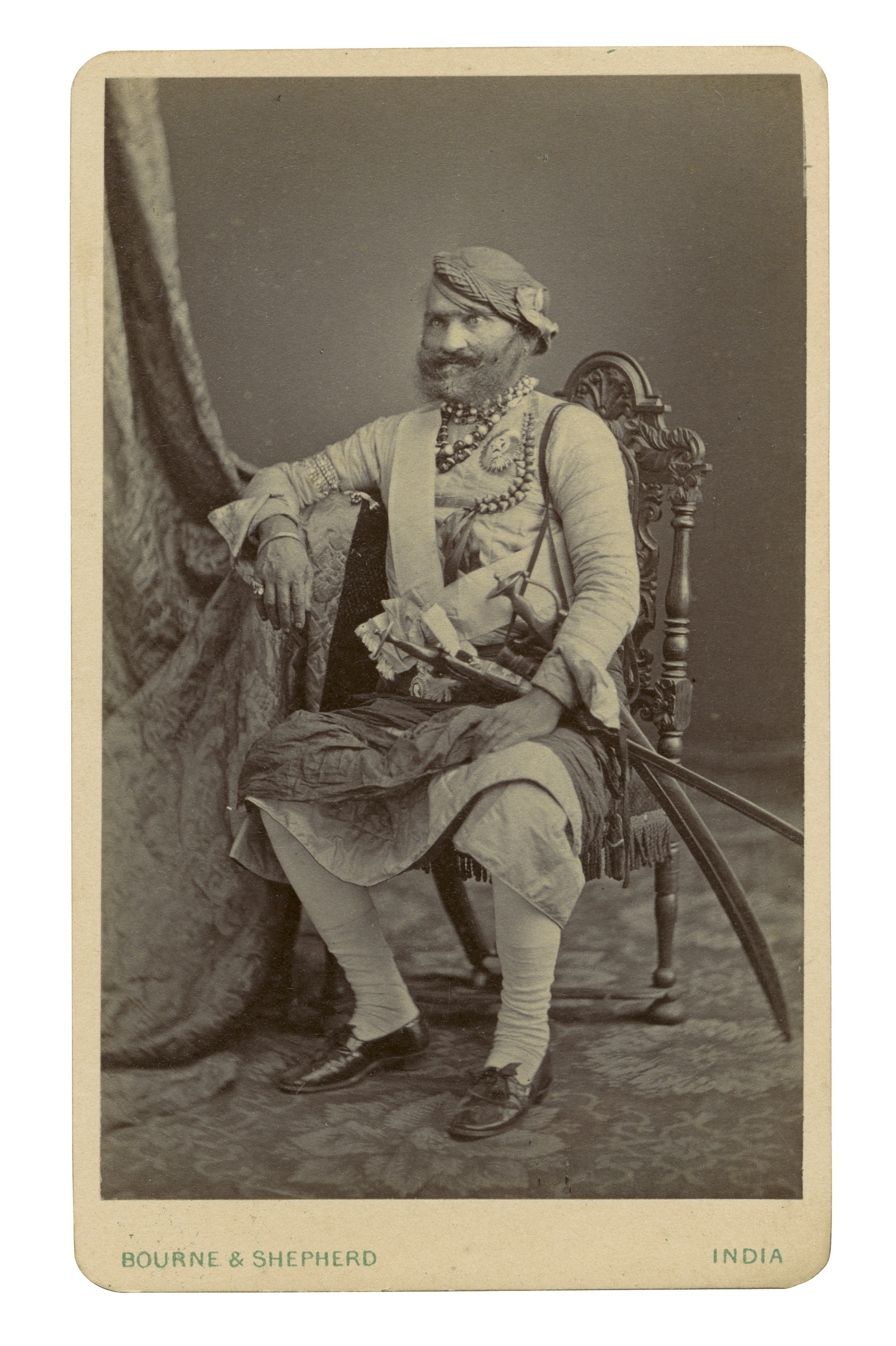 Rana Bhagwant Singh was the Jat ruler of the princely state of Dholpur in Rajasthan. He was from the Bamraulia gotra of Jats and succeeded his father, Kirat Singh the first Maharaja Rana of Dholpur. He came to the throne in 1836 and continued to govern under British protection.

He helped and provided security to the British and Maratha refugees who came to Dholpur in the 1857 war of independence. He had no issue and thus adopted Maharaj Singh and named him Kulender Singh. Kulender was married with Basant Kaur, daughter of Maharaja Narender Singh of Patiala, but he died young at the age of 28 prior to Rana Bhagwant Singh. However, Kulender Singh had a 5 year old son, Nihal Singh and thus he succeeded Bhagwant Singh, in 1873 to the throne.

This image is most likely taken in a studio setup as the backdrop curtain and carpet on the floor is visible. The Maharaja is sitting on a chair with his hand resting on a table or a pillar, strategically covered by the backdrop curtain. The Maharaja has 2 swords in his left hand and also a sling like belt hanging from his shoulder. He is wearing traditional attire, jewels, turban and footwear.