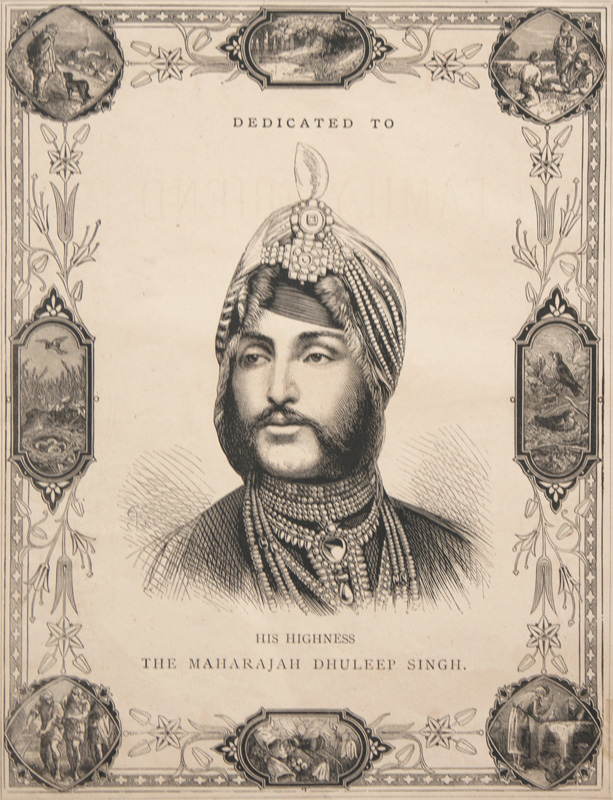 He was the son of Maharaja Ranjit Singh. After Ranjit’s death in 1839, Duleep was proclaimed Maharaja in 1843. In 1849 the British annexed Punjab & Duleep was forced to renounce his sovereign rights. The Koh-i-Noor, owned by Duleep was taken by the British as part of the Lahore Act. He was exiled to Fategarh and upon becoming a christian was brought to England in 1853.

Line steel engraving by Unknown, after a photograph by John Jabez Paisley Mayall (1813 – 1901)