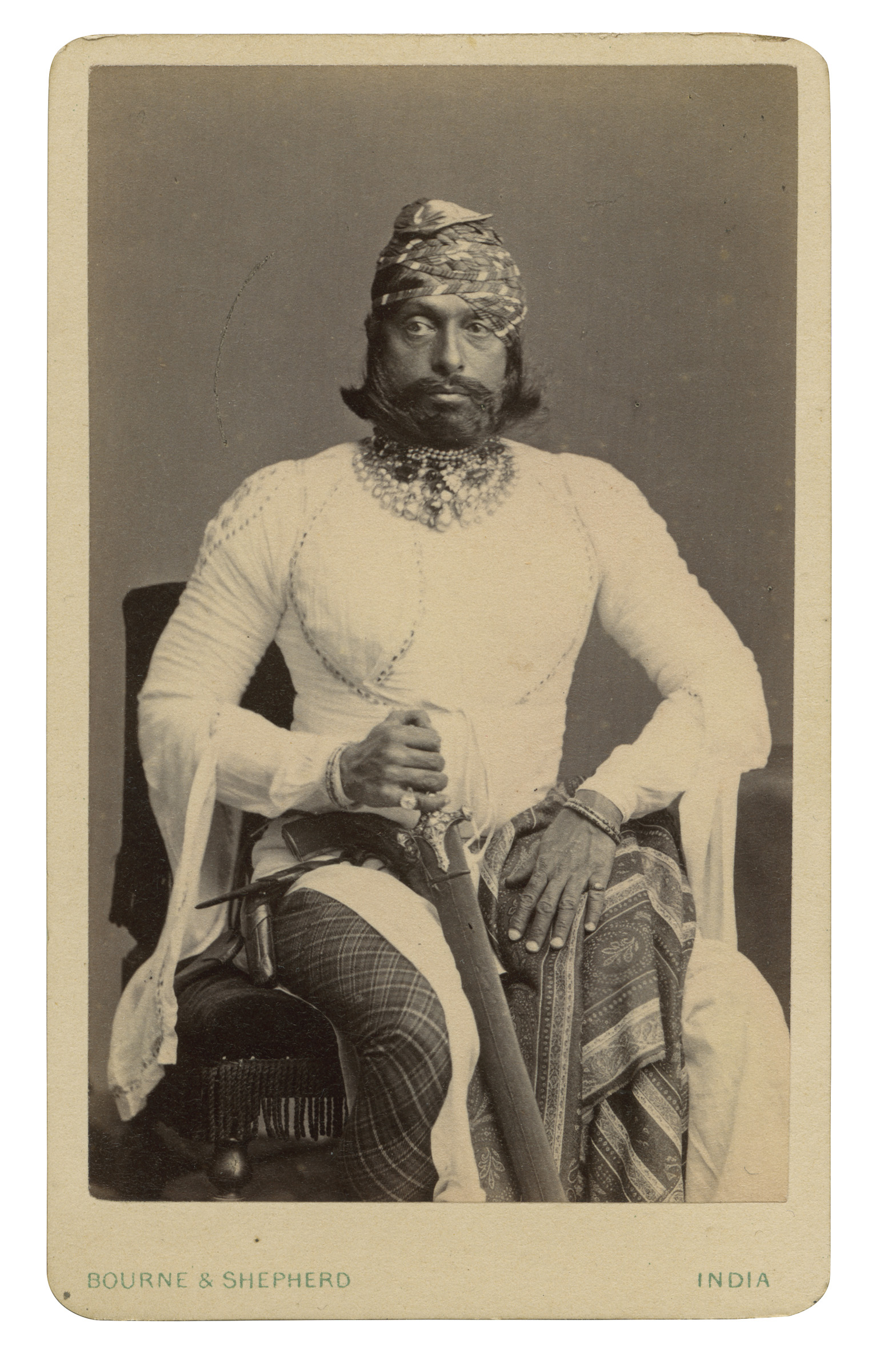 Inscription: HH the Maharajah of Jodhpore

Jashwant Singh II, was born in 1838 at Ahmadnagar in Gujarat and was the eldest son of Takht Singh. He came to the throne in 1873 upon the death of his father. He had eight wives.

He established the Courts of Justice, developed infrastructure, introduced revenue settlement system and re-organized all the state departments. The Imperial Service Cavalry Corps formed by him rendered service in the European War.

He was greatly influenced by Swami Dayananda and invited him to his court. However, the Swamiji’s cook conspired and poisoned him on 29th September 1883. Jaswant Singh II took quick action and sent the Swamiji to Mount Abu on advice of his courtiers.

Jashwant Singh II died on 11th October 1895 and was succeeded by his middle son Sardar Singh, who built the architectural landmark Jaswant Thada in Jodhpur in his memory in 1899.

In this image we see the Maharaja wearing very simple clothes possibly because he ruled over Jodhpur, then a desert. He has a simple turban wrapped around his head and a sword in his right hand. Wearing printed bottoms, he has very little embroidered cloth and minimal jewellery. He is sitting on a fringed chair.