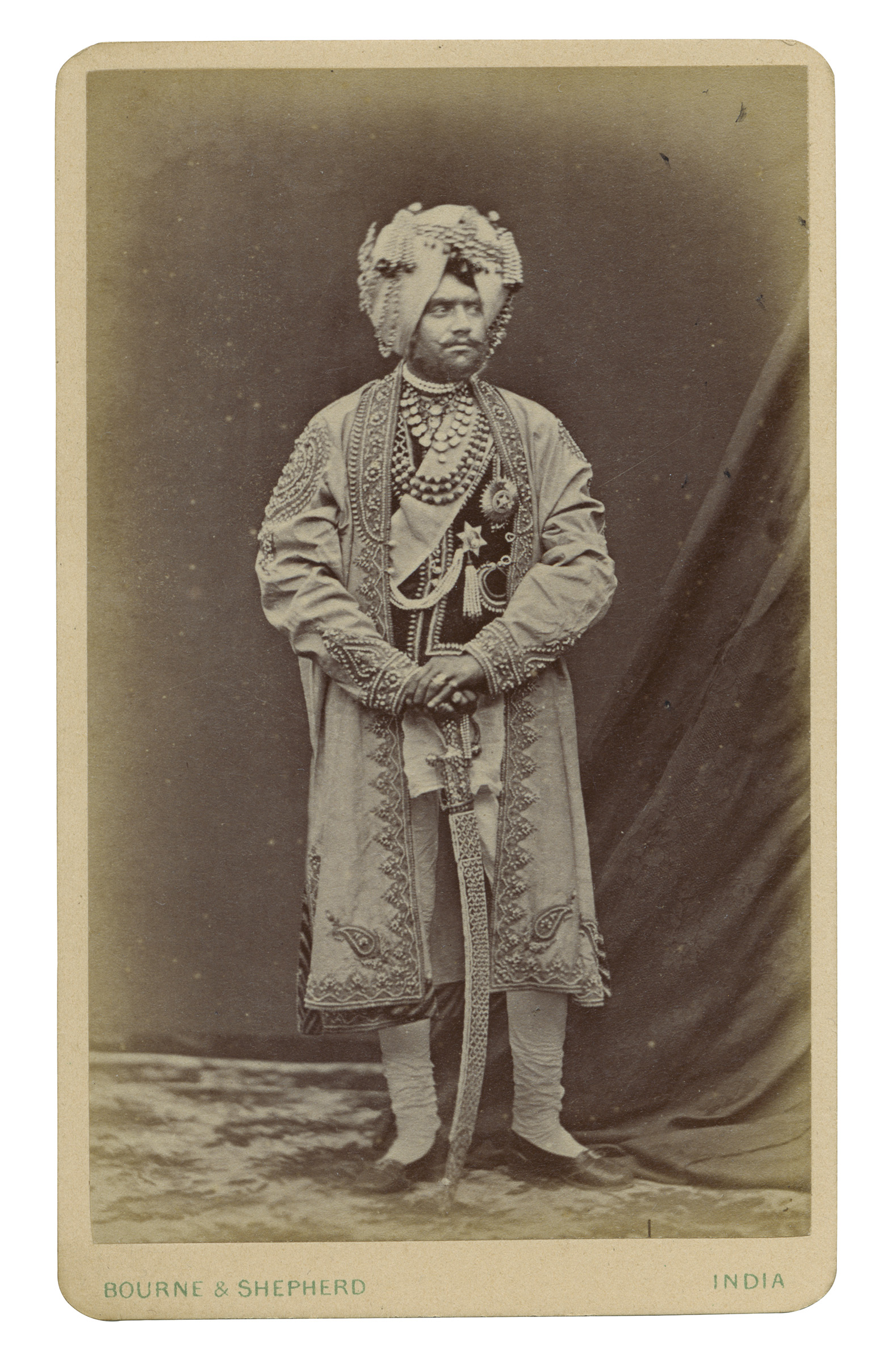 Mohindra Singh was the son of Narinder Singh, Maharaja of the State of Patiala. He was a member of the Phulkian Dynasty and succeeded to the throne in 1862 while still a child. Thus, a council of regency ran the state government until he came of age in 1870.

The Sirhind Canal project was completed during Mohindra Singh’s reign. The Mohindra College was founded and made as a palatial building for the promotion of higher education, which was given free. The telegraph line between Patiala and Ambala was also constructed during this reign. Mohindra Singh died in 1876 and was succeeded by his young son Rajinder Singh who was born in 1872.

This is a full length photograph of the Maharaja, standing with both his arms in the front, clasping an intricately designed sword. He is wearing a tunic, leggings, heavily embroidered cape and his turban is adorned with different kinds of jewels. He is also wearing the badges and honours given to him by the British Government which stands out, even beside multiple necklaces and sash worn by him. The backdrop is a curtain, which hints that the photograph was taken at the studio of the photographer.