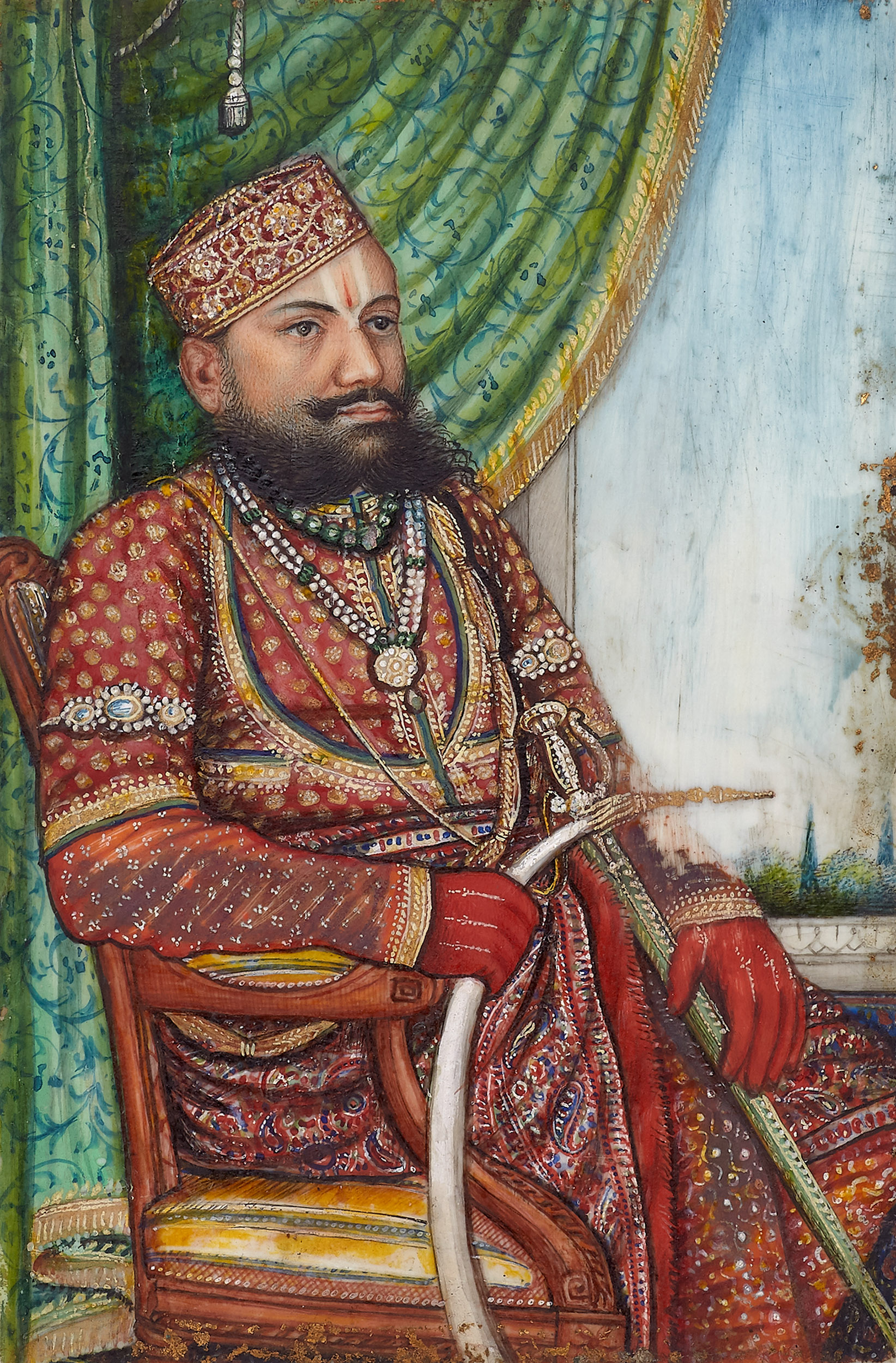 In this rare portrait of Raghuraj Singh of Rewa (1854-1880), we see the imposing Raja seated in a European chair, holding a muhnal (hookah pipe) and a sword. He wears a fine red brocade jama with a Kashmiri shawl tied around his waist. His arms and neck are overflowing with pearls, diamonds, and emeralds the size of kumquats. He wears a Benares style cap and a janeu across his chest, but the most distinctive feature is perhaps the jewel-studded gloves he wears. Raghuraj Singh suffered from leprosy and is known to have worn gloves to help hide the condition.

Raghuraj was entrusted by his father, Bishnath Singh, with the administration of the state in 1843 and officially succeeded him in 1854. He supported the British during the Mutiny in 1857 and afterwards received Sohanpur and Amarkantak as compensation. He received the distinction of Knight Grand Commander of the Star of India in 1864, which he is always shown wearing in later photographs. Our picture was painted before he received that honor.

Another portrait, by the same hand, may depict a young Sultan Shah Jahan Begum, at about age 22, during her first stint as Nawab Begum. The two pictures were likely from a set of Indian rulers produced around 1860 in Lucknow. Most such sets of Indian royal portraits do not stray far from the more popular Mughal, Sikh, and Awadhi rulers, however, this set seems to have had a broader focus.