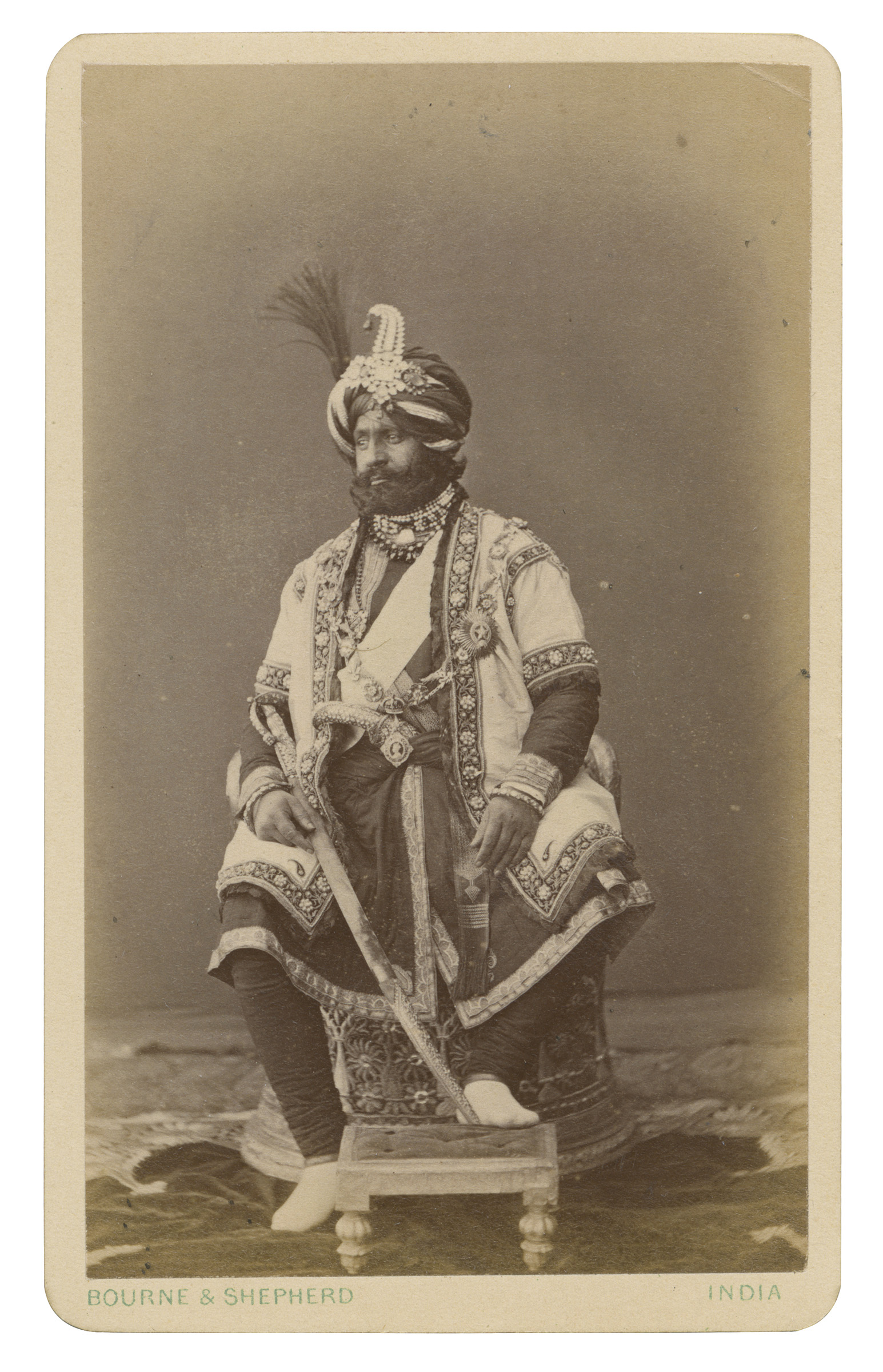 Inscription: HH the Maharajah of Kashmir

Ranbir Singh was the third son of Maharaja Gulab Singh and Rakwal Maharani, and was called Mian Feena when young. Gulab Singh formed and ruled over Jammu & Kashmir and was the head of the Jamwal Rajput clan. However, due to having edema, he relinquished his throne in 1856, to his 28 year old son.

His elder brother Udham was killed in Lahore and other brother Sohan was killed in December 1844. He accompanied his father from an early age to various campaigns, making him a professional soldier and an efficient commander. He went on to annex Gilgit which had previously witnessed a rebellion against the state.

Ranbir was fluent in Sanskrit, Persian, and Pashto. During his reign, which lasted from 1856 to 1885, Jammu was regarded as an important industrial centre, with exports of the exquisite cashmere shawls reaching record highs.

In this image we see the Maharaja sitting on a carved chair with his one leg resting on the stool and his sword resting on his lap, giving the appearance of grandiose. He is seen wearing plain tight pants, a long tunic and an embroidered jacket with necklaces andbracelets. His turban is also adorned with jewels and a feather.