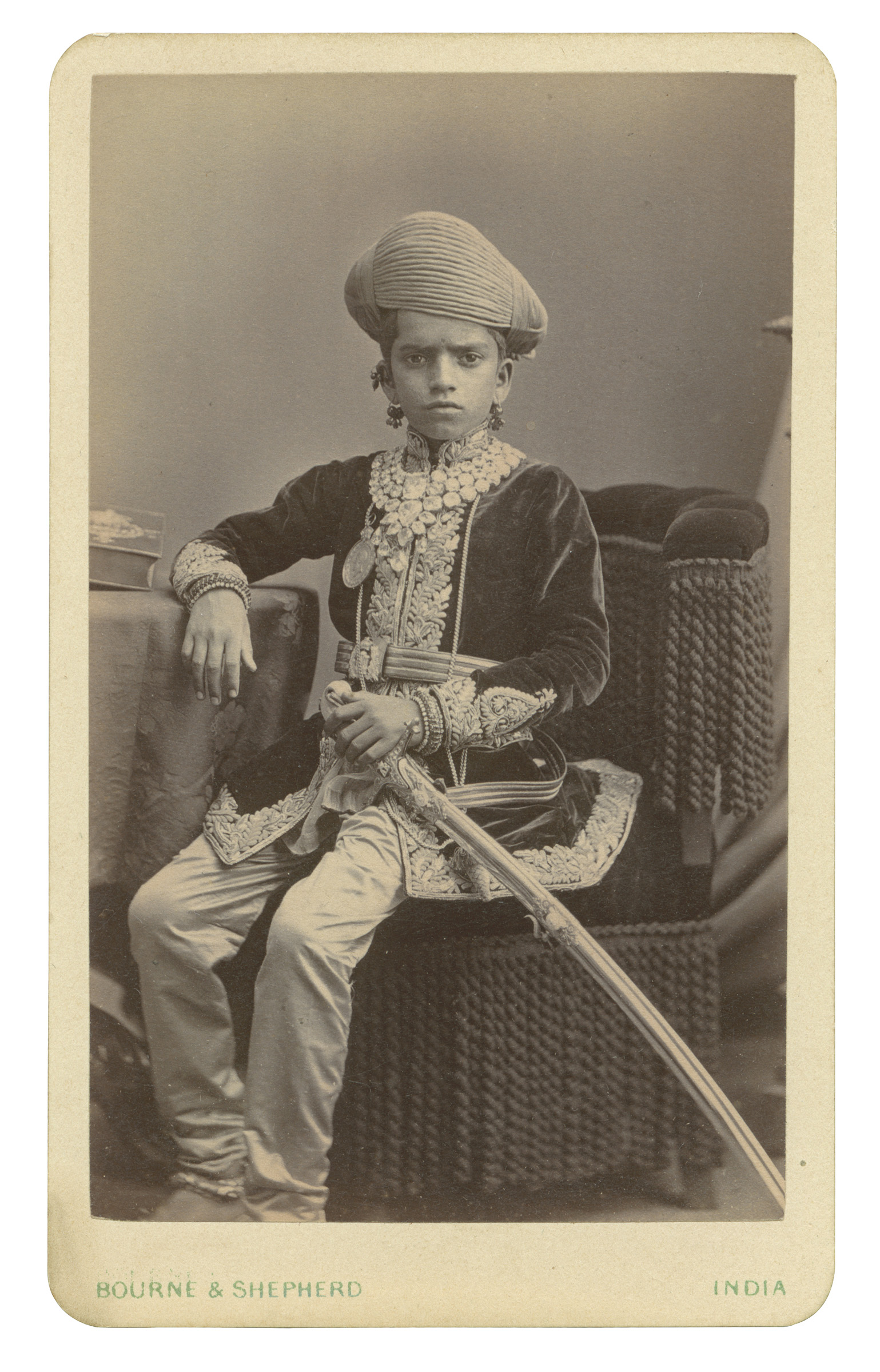 The second son of Kashirao Bhikajirao Dada Saheb Gaekwad and Ummabai, Gopalrao wanted to be a ruler from the age of 12 though he belonged to a family of administrators. Due to internal conflicts and on the behest of the Britishers, he was adopted by Maharani Jamnabai and his name was changed to Sayajirao Gaekwad III. He ascended the throne on 16th June 1875. However, being a minor, he reigned under a Council of Regency and at the age of 19, when he came of age, he was invested with full ruling powers on 28 December 1881. As Sayajirao Gaekwad III of Baroda, he brought about major social and educational reforms and was a patron and connoisseur of the arts.

During his reign Baroda became a hub for scholars and artists. He commissioned the building of Baroda Museum and the first public library of India. He founded the Bank of Baroda in 1908. In 2013, the Baroda Management Association instituted the Sayaji Ratna Award in his name.

In this photo of the young Maharaja, he is sitting on a heavily fringed chair facing partly to the right with his right arm resting on a table beside two books with royal crests on their cover. He is holding a long sword in his left hand. He is wearing a heavily embroidered jacket and a turban.