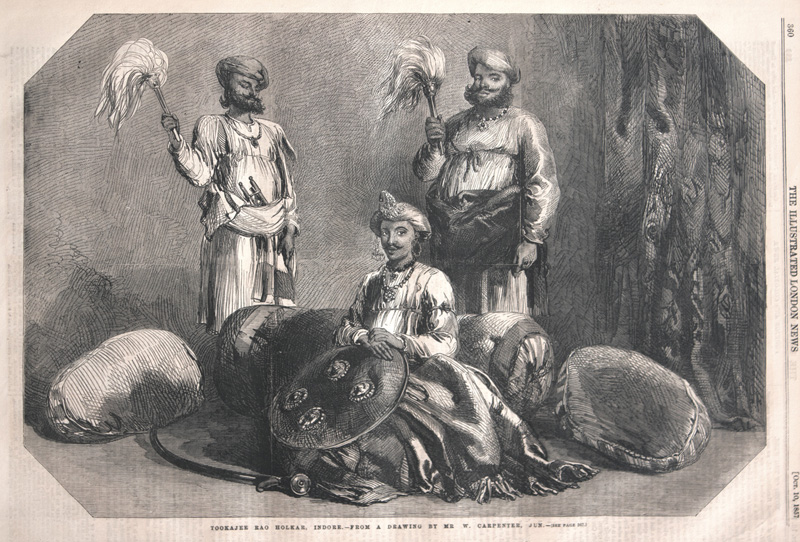 He became the 11th ruler of Holkar dynasty when the late Maharaja died without an heir. Sir Robert Hamilton (1802 – 1887), the British resident, allowed the King’s widow to adopt an heir in 1844. During the revolt of 1857 he was loyal to the British East India Company. Later he appointed T. Madhava Rao as the Diwan of Indore.