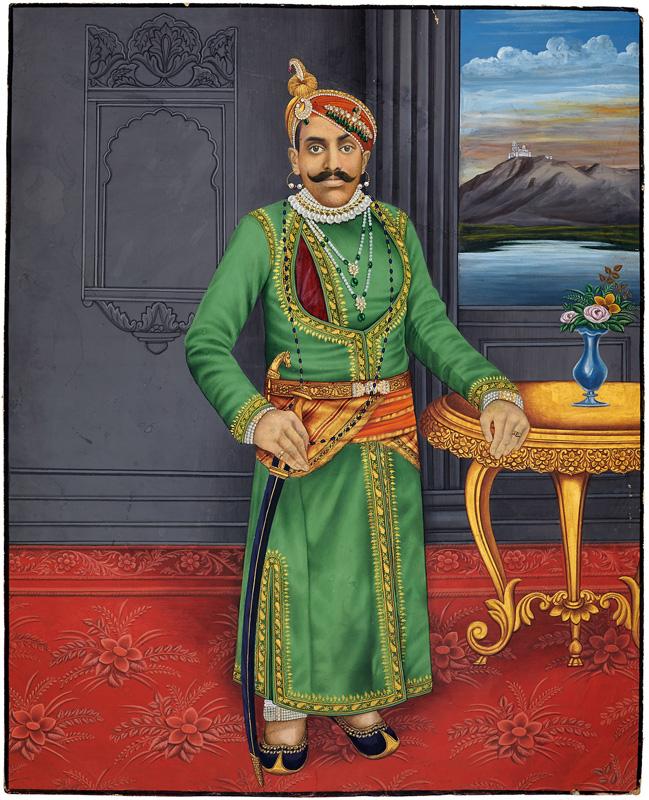 by Mewar court artist
circa 1920 CE

A classic portrait of Maharana Bhupal Singh of Mewar, possibly in the Chandra Mahal of Lake Palace, showing Sajjangarh (also known as the Monsoon Palace) in distant background from the
window.

Bhupal Singh’s short stature was due to spinal tuberculosis. His foresightedness was instrumental in uniting the kingdoms of Rajputana to form Rajasthan state which subsequently merged in the Indian nation. He was also appointed as the Raj Pramukh of the newly formed state of Rajasthan.

This bejewelled portrait is based on one of his wedding photographs (as evident from the golden kalangi or aigrette decorated on his turban). Extended landscape as shown from the window in background refers to artist S. G. Thakar Singh who stayed and worked in Mewar and his style had a positive influence on fellow local painters.