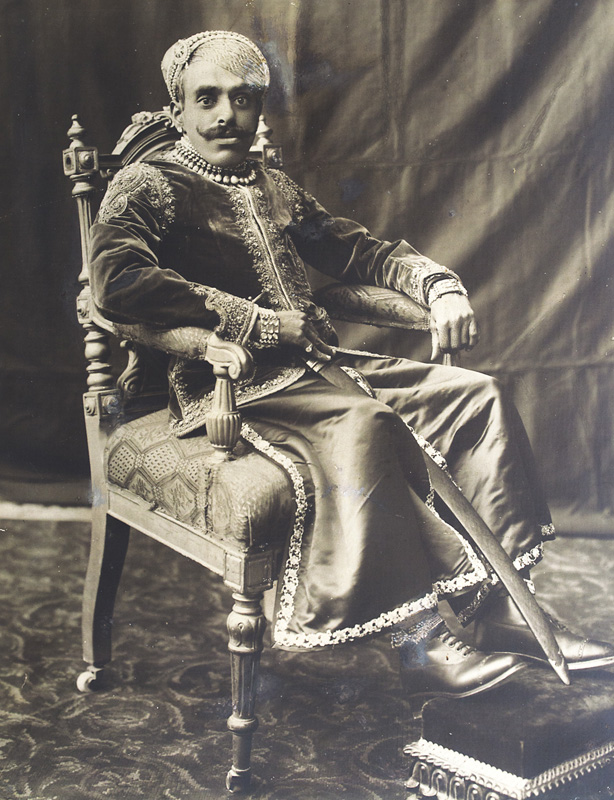 The Maharana of Udaipur in the early decades of 20th century, he played an active role in the affairs of the state. He was photographed in several studios on his visits to Delhi. Here he is wearing his trademark velvet embroidered jacket over a satin halfcoat, that is generally worn on-the-spot by the ruler while making a public appearance.