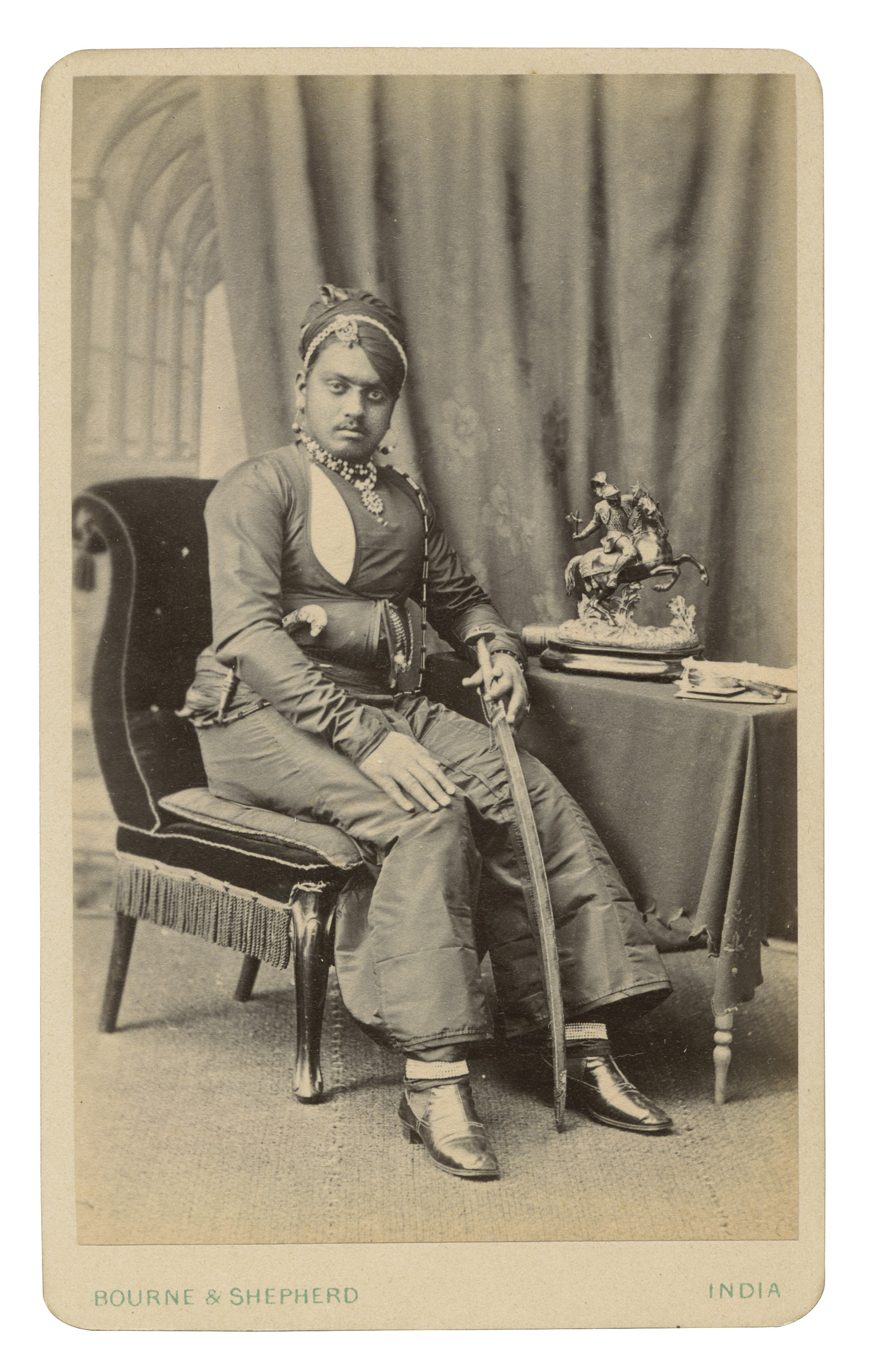 Inscription: HH the Maharajah of Oodeypore

Sajjan Singh was born to Shakti Singh of Bagore. He was adopted by his first cousin Maharana Shambhu Singh and succeeded him after his death in 1874. Being a minor, he was assisted in the administration of Mewar. He ruled for ten years and revived the glory and pride of the Sisodiyas and Mewar. His era is considered to be a renaissance in itself. In later years, Sajjan Singh also adopted Fateh Singh, a descendant of Sangram Singh II from the Shivrati branch of the family.

He introduced the Ijlas-e-Khas, court of appeal in judiciary, for improving the civic amenities and under his reign Udaipur became the second city to form the municipality after Bombay. He built the Sajjangarh Palace and also wrote various dohas, poems and sawaiyas. He composed in thumri, folk music, khayal and gazal styles. Decades after his demise, his daily journal has been converted into a book called ‘Haqiqat Bahida’.

In this image we can see the Maharaja sitting on a chair, holding a sword, wearing a long tunic with a sash and a turban. He has decorated himself in jewels in his neck, ears, hand and turban, and is wearing European style shoes. The table beside his chair holds an artefact of an equestrian.