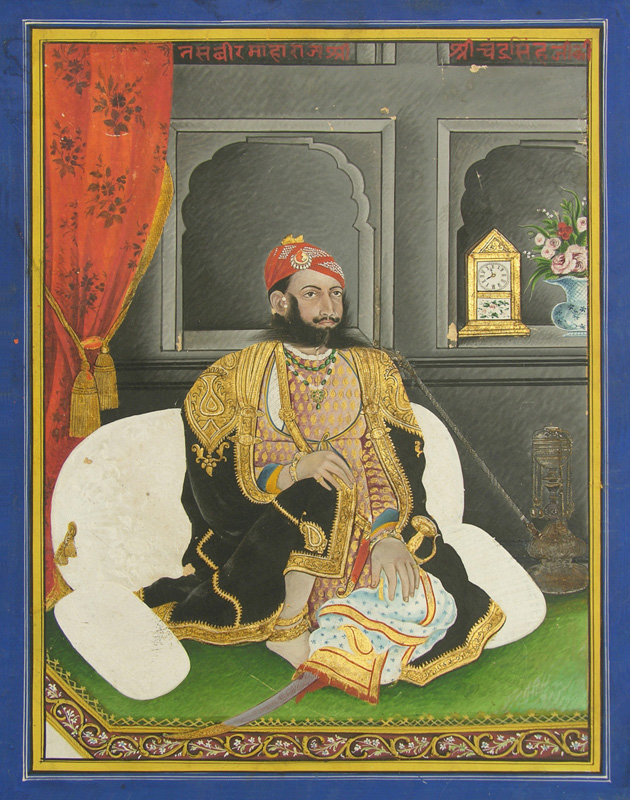 Maharao Raja Shri Sheodan Singhji born at Alwar in 1845, was the only surviving son of H. H. Maharao Shri Sawai Bane Singhji. He succeeded his father after his demise in 1857. He was initiated at the Durbar Hall, Vinay Vilas Palace, Alwar. He reigned under a Council of Administration, until he came of age and was invested with full ruling power in 1863. Maharao Raja Shri Sheodan Singhji was learned in Persian and Hindi and had a special love for painting and music. His artistic tastes were well suited to his luxury-loving temperament.

During his time, an era of deterioration began in the Alwar style of painting. With the Western impact, the photograph beganto receive greater prominence and the poetical beauty, sharpness of colour and bold relief in line and drawings of purdahs began to lose ground slowly. This painting clearly depicts the impact of photography.