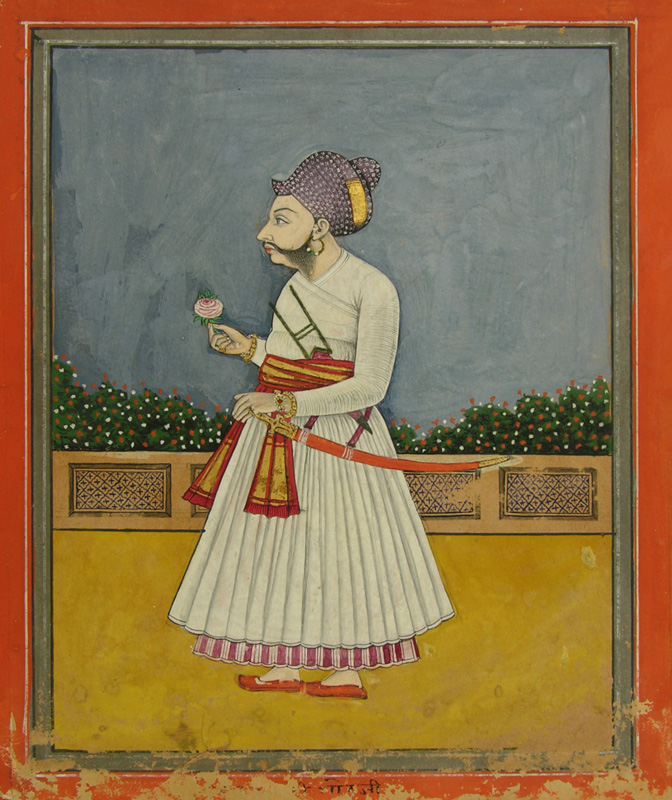 Maharao Shri Ghodji I Sahib was always of a very inquisit nature from childhood. Coming from a royal background and being privately educated, he was always experimenting and building new devices. He was the eldest son of Maharao Shri Pragmalji I Sahib and became the ruler of Kutch after his father’s death. It is rumored that Maharao Shri Ghodji had a conspiracy in the death of his father. Unfortunately he ruled only for 3 years. He died in Bhuj in 1718 and was succeeded by 5 children.

In this portrait, the almost excessive richness of detail does not affect the clarity of the impression. The Rao’s features are sharply shown and gesture is clear and firm. He stands on the terrace, holding a sword in his left hand a flower is elegantly held in the other hand, starkly set against the bare sky. All the emphasis is on the Rao’s own figure.