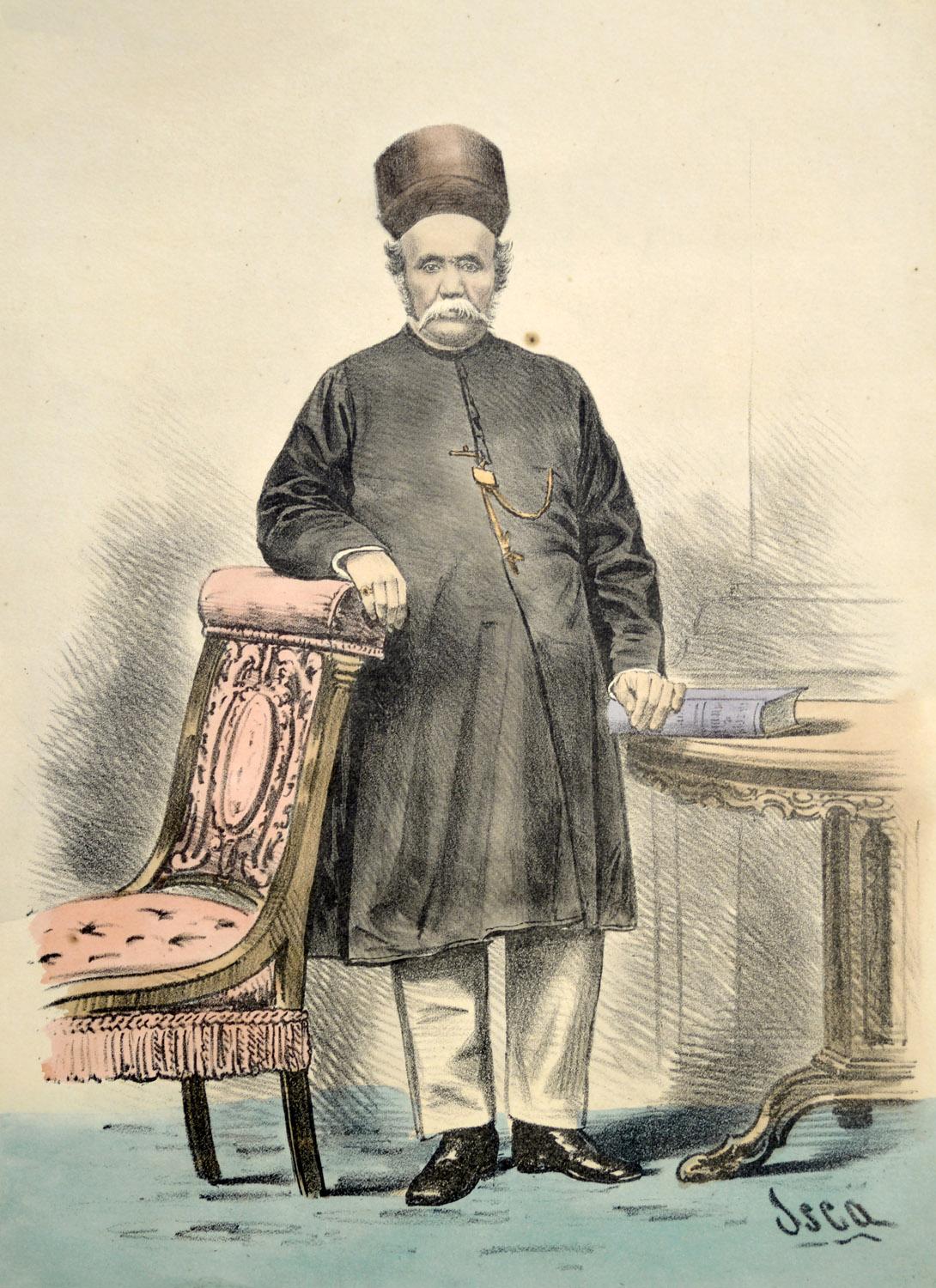 Manackji Rustomji Esq., (1815-1891)
The first Indian sheriff and a distinguished citizen of Calcutta

by Isca, Charivari artist
circa 1892

Belonging from the honoured Banaji family of Bombay, he moved to Calcutta in 1837, and became one of the most prosperous merchants in the city. He was the first Indian to be appointed Sheriff by the government. He was also a Justice of Peace, Honorary Magistrate and the Municipal Commissioner for Calcutta and its suburbs.