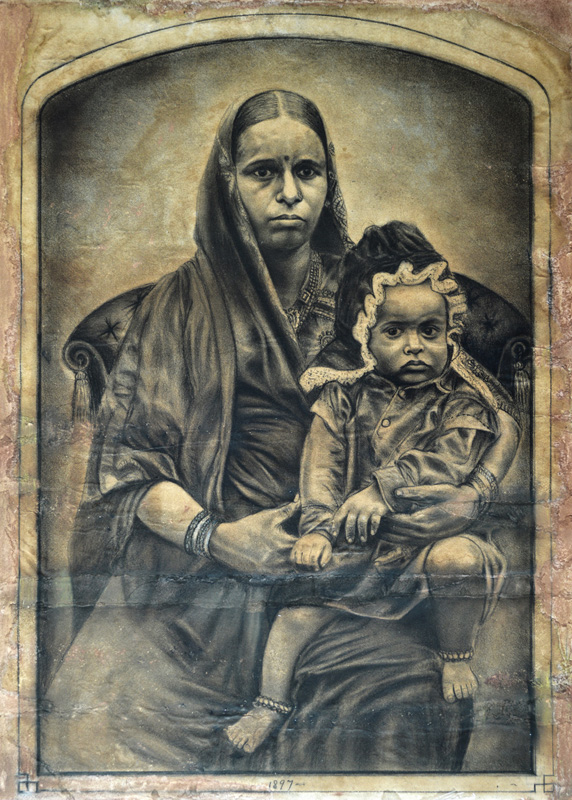 Academic Naturalism was the talk of the art circles during the times, especially with the art school trained artists. However with E. B. Havell, taking charge as the Superintendent of the Calcutta Art School, in 1896, a different wave was initiated. He professed that an Indian identity should be a part of the art culture and that art education should originate from the indigenous traditional root. He opposed and questioned the training in academic naturalism. But not many students were happy with this change of ideas. Ranada Gupta was one of them. A 3rd year student, he was all for the academic naturalism technique and led a revolution to form the ‘Jubilee Art Academy’ in Calcutta in 1897. The aim of the academy was to intensify naturalist training in art education. He was open to sacrificing an illustrious career rather than confirming and accepting the norms of Havell. Ranada met Swami Vivekanand in 1901, who became like a guide for him and opened his eyes on various subjects, especially art.

This painting is a study work which he might have made to teach students the basics of academic naturalism. It is not a professionally commissioned work and more of an instructional piece. There is no signature on the portrait, however his name is written at the back. It is more like an illustrative portrait to show use of common subjects for the students of Jubilee Art School.