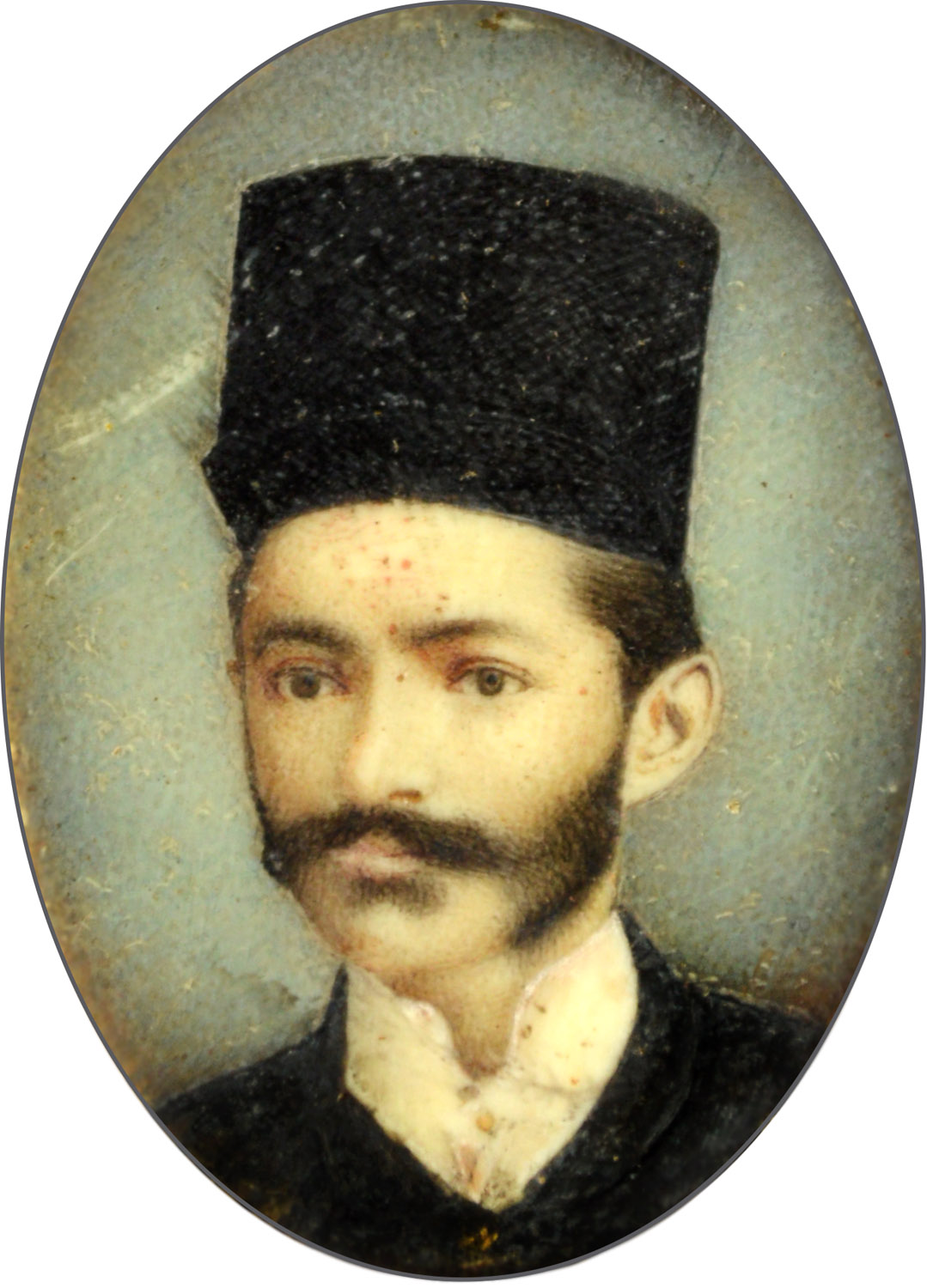 by Unknown artist
circa 1890

Hailing from the well known Taleyarkhan family of Surat, Dinshah Ardesir was educated at Surat High School. He started writing in 1863 for public questions and edited a periodical named Sere Dehla. He then started Gujarat Mitra, an anglo vernacular paper and later also wrote on many political subjects for the columns in Times of India, the Bombay Gazette and the Calcutta Review.