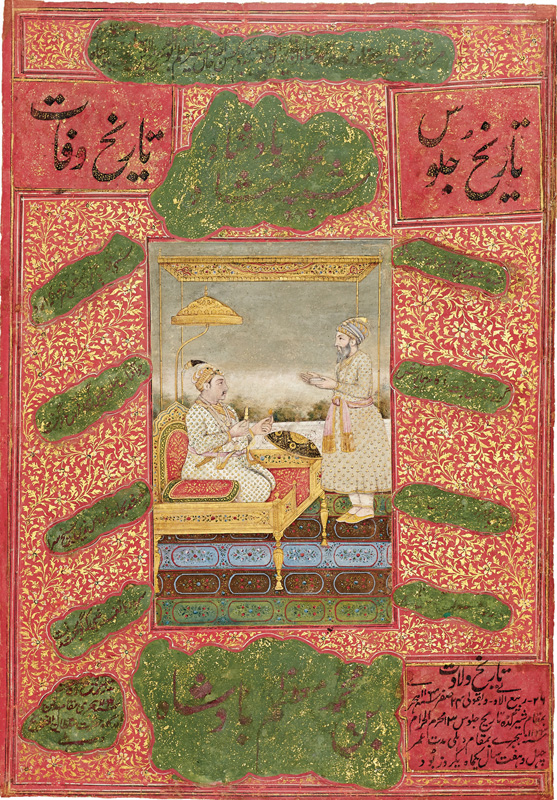 Muhammad Shah, also known as Roshan Akhtar, was the Mughal emperor who ruled between 1719 and 1748. He ascended to the throne at the age 17 with the help of the Sayyid brothers. He later got rid of them with the help of Asaf Jah I. Muhammad Shah was a great patron of arts, that included musical, cultural and administrative developments. He was also known by his pen name ‘Sada Rangila’ (ever joyous).

In this portrait, Muhammad Shah is holding a turban jewel in his right hand and a yellow flower in his left hand. His grand Vazir Qumar-ud-din Khan in return holds an ivory box.

Facing one another, they are drawn in strict profile and both are elegantly attired in floor-length Jamas having floral spring patterns, that was the fashion in the mid-eighteen century.